Cast of Peter Pan fly in to Derby Children’s Hospital 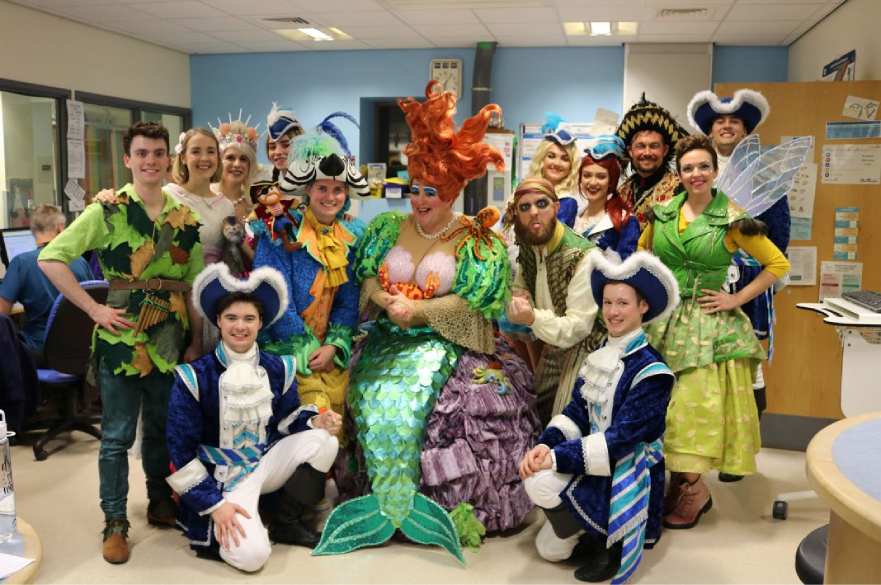 The cast of Peter Pan brought the magic of pantomime to the wards at Derby Children’s Hospital when they paid a flying visit.

Peter Pan, Wendy, Tinker Bell, Captain Hook and Hilda, the Darling family’s strange-looking Aunt, were among the characters who arrived with a sprinkling of fairy dust to put a smile on the faces of young patients.

Morgan Brind is the writer of Peter Pan and plays the Dame, Aunt Hilda. He said:

Coming to the Children’s Hospital is always a highlight for us. It is a privilege to be able to bring the fun of the show to children who are not well enough to come and see us at Derby Arena.

It was wonderful to see the cast come in and visit so many of our young patients. They had such a lovely time meeting the cast and it definitely brought some Christmas cheer to the wards.

It is such a lovely thing to do and the cast were so good with the children. It was a real treat for the children and the staff that the cast took the time to come and visit. It was so thoughtful and really brought a smile to everyone’s face.