Improvement work is under way in Darley Park 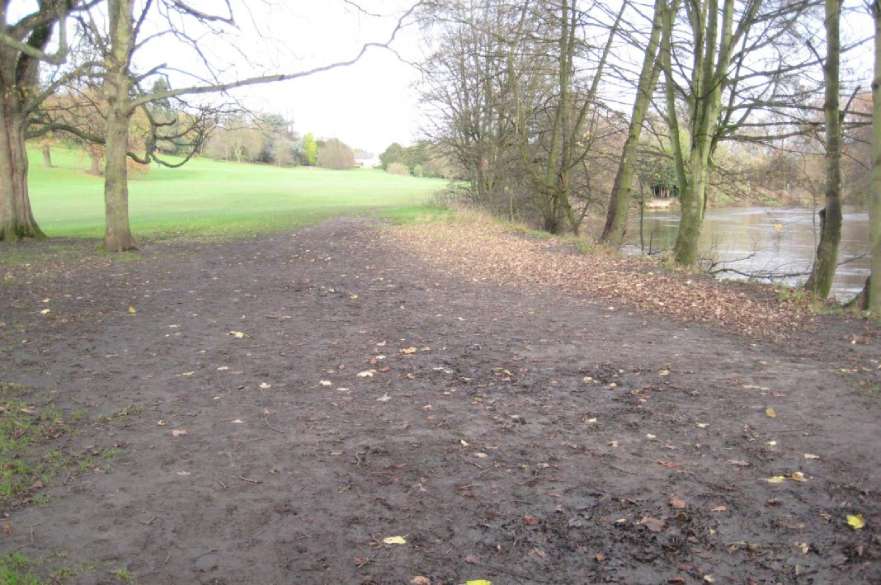 Improvement work to create a new path, suitable for all park users, has begun in Darley Park

Improvement work to create a new path, suitable for all park users, has begun in Darley Park.

The 1km path, which is funded as part of the Derby City Council’s Our City, Our River project, will provide level access from one end of the park to the other, creating the route along the river accessible to people of all abilities.

The new surfaced path will be constructed with natural coloured asphalt to be sympathetic to the heritage of the park.  As well as the path work, a new bridge will be installed to replace the existing timber bridge at the southern end of the meadow and a 200 metre long boardwalk, made from recycled materials, is due to be constructed alongside.

The play area has been relocated to allow the path to continue alongside the cricket pitch and has been fitted with new equipment.

The construction will be undertaken in short lengths and will be fenced off to ensure the safety of the park users. Improvement work is due to continue until late September and once complete, will make access to the park much easier, especially during the winter months.

The first stage of work will be a series of archaeological excavations as the path crosses what is thought to be a Roman road.

It’s fantastic to see these improvements happening in Darley Park. The new path will not only make the park more accessible to Derby citizens but also make the ground much safer and easier to walk, run and jog along. Our city parks are so important and these improvements will make a big difference.

Dog owners are requested to take care and keep their dogs on a lead when close to the works, as there will be equipment moving between the site compounds, situated in the car parks at the Rowing Club and at Darley Abbey, and the construction zone.

More details on the Darley Park improvements and the Our City, Our River (OCOR) project can be found on the on the OCOR pages of the Derby City Council website.