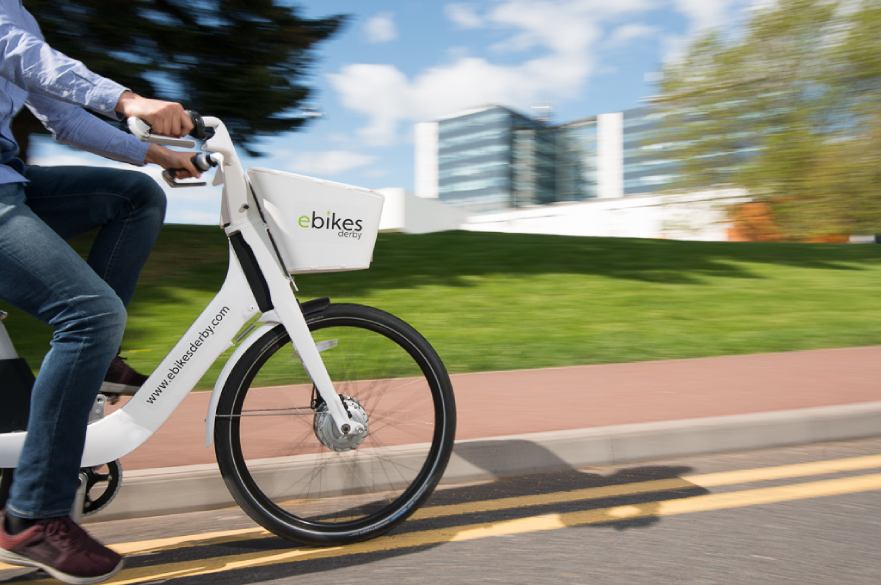 The future of Derby’s electric bicycle scheme is in doubt, due to a recent unprecedented surge in criminal behaviour

The future of Derby’s electric bicycle scheme is in doubt, due to a recent unprecedented surge in criminal behaviour.

The scheme, introduced at the end of June 2018, has exceeded all expectations, and has seen over 7,000 riders travel nearly 150,000 miles in total since its launch.

Whilst the level of vandalism and the loss of e-bikes, until recently, has been much less than other schemes have experienced, due to the level of systematic vandalism carried out in the past two months over half of the fleet have had to be taken off the road. Spare parts have been exhausted and the amount of supplies required are not readily available in the UK.

67% of the e-bikes fleet is known to be inactive due to this recent spate of vandalism, and the estimated cost of repairs is significant.

The Police are aware and are actively engaged, working closely with eBikes Derby to assess evidence and take action against those responsible.

At present there are not enough e-bikes available to provide a useable network for customers and it is with regret that the eBikes Derby scheme will be suspended with immediate effect to allow the operators, along with the Council, its partners and the police, to explore options to ensure the schemes future.

200 electric bikes, provided by US-based Social Bicycles, were introduced at 30 hubs across the city after the city council was successful in bidding for £450,000 funding from the D2N2 Local Enterprise Partnership, with a contribution from the University of Derby. The day to day running of the scheme is handled by Hourbike, the longest established bike share operator in the UK.

With a scheme of this type, there will always be a degree of misuse and damage, but this new spate of vandalism has seen these individuals purposefully and aggressively targeting the cycle’s digital control panels, with extreme force and in some cases using hammers and angle grinders to remove them. It is very disappointing that such a successful and highly demanded scheme, that has been put in place to help local people get around the city, and be more active, is being put at risk by a small number of people intent on its destruction. It is very hard to understand why anybody would want to ruin an initiative designed only to benefit the community.

It is with great regret that we announce the temporary closure of eBikes Derby. Due to a 2-month period of intensive and aggressive vandalism, which has seen e-bikes across the city targeted by a small group of vandals seemingly intent on destroying it, we can no longer operate the scheme with the remaining fleet. We were therefore forced to recommend the temporary closure of the scheme, to allow time to consider our options, alongside our partners. We would like to offer a huge thank you to our loyal riders who have used the scheme responsibly and regularly – for you, we very much hope to re-open Derby’s electric bike share to full working order very soon.

Carl Longworth, Director of Estates at the University of Derby, an investor and key partner in the scheme, said:

The University are very disappointed with these acts of vandalism which are putting into jeopardy the survival of the successful bike share scheme, which is very well used and very popular with our students. We do believe that the best course of action is the temporary suspension of the scheme, to provide the best chance of the scheme’s success once re-launched. This temporary suspension will enable the operator, council and University to consider all possible options to ensure the continued success of eBikes Derby.