Public thanked for their views on new Assembly Rooms’ designs 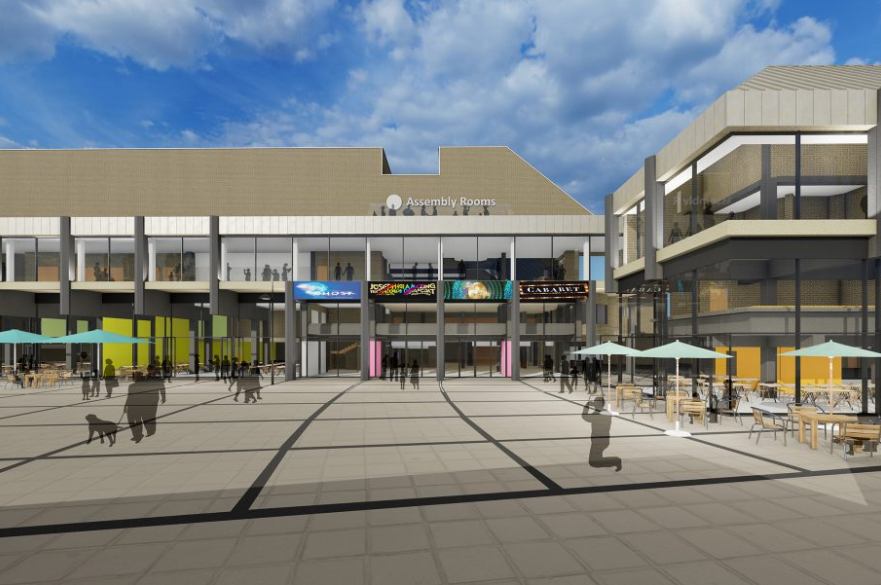 A two-week engagement period on the emerging designs for the New Assembly Rooms has ended.

Derby City Council would like to thank members of the public and stakeholders who gave their views on the emerging designs to transform the Assembly Rooms into a vibrant new cultural venue in the city centre.

The council held a two week engagement period between 13th – 24th May 2019 where the people were able to give their views online, invited to attend two drop-in sessions where they could discuss the proposals with the project team and have their say, as well as the council meeting with interested groups to seek their views on the emerging designs.

We want to thank people who took the time to give us their views on the emerging designs for the New Assembly Rooms over the last few weeks. Whilst we will now need to fully analyse the feedback we’ve received, the initial indication suggests the public like the designs to transform this much-loved venue and get it back into use.  Once analysed, the architects for the project will use the feedback to help them to finalise the designs so a planning application to seek approval to start the transformation can be submitted. The New Assembly Rooms will serve as an entertainment hub for the city centre, and together with the £11.2m regeneration of the Market Hall into a contemporary, vibrant retail and cultural destination will breathe new life into this part of the city centre and prove a significant draw for those wishing to come and enjoy Derby both during the day and night.

The council is investing £24m of funding to transform the Assembly Rooms. The Council is to be allocated approximately £4.48million in Local Growth Fund investment – subject to the submission of a detailed business plan – by the D2N2 Local Enterprise Partnership; the private sector-led partnership which promotes economic growth across Derby, Derbyshire, Nottingham and Nottinghamshire. The remainder will be funded without borrowing through the Council.

The plans for the Assembly Rooms and Market Hall are part of the City Centre Masterplan, which aims to create 4,000 jobs, lever £3.5bn of investment and create 1900 new homes by 2030.

That’s why by 2021 Government will have invested over £12billion through the Local Growth Fund, allowing LEPs to use their local knowledge to get all areas of the country firing on all cylinders.
Analysis has shown every £1 of Local Growth Fund invested could generate £4.81 in benefits.

Further information
If you would like some further facts about the Fund, or the wider regeneration work going on across the country, please contact the Ministry of Housing, Communities & Local Government press office by emailing NewsDesk@communities.gsi.gov.uk in the first instance to request any additional information you might need.