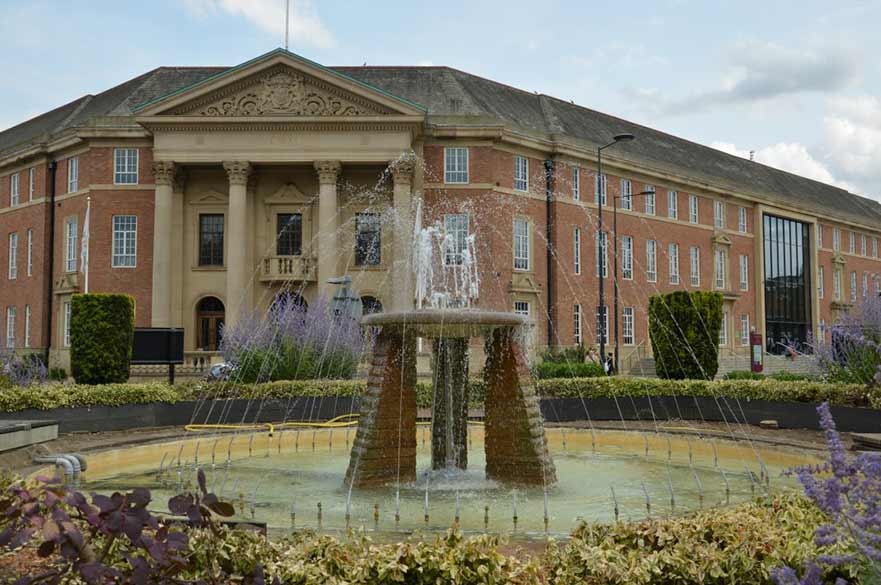 Derby City Council celebrated excellence in conservation to those who have protected and enhanced City heritage in an awards ceremony on Thursday 5 September.

Awarded the prestigious George Rennie City Heritage award for its work on shopfront enhancements on Victoria Street was CWC Group. The shopfronts, located within the Grade II listed former Royal Hotel Building, were reinstated in order to transform the stretch of Victoria Street. The works were supported by a grant from Derby City Council and the National Lottery Heritage Fund under the Derby Townscape Heritage Initiative grant scheme.

CWC was also commended for its work on the St James’ Yard stable block repairs. The building, which is located within the City Centre Conservation area, has now been made structurally sound by the works. It is hoped that the adaptations in making it wind and water tight will prepare it for a new occupier shortly.

Also highly commended in the awards were the owners of Annie’s Burger Shack. This commendation was to recognise their adaptive reuse of the Grade II listed former First Church of Christ Scientist on Friary Street. Through their work the building has been sensitively converted into a popular city centre restaurant.

The Mayor of the City of Derby, Councillor Frank Harwood, presented certificates to the winners of the George Rennie Award at the ceremony in the Jacob Rivers room of the Council House.

Conservation of buildings is incredibly important to an historic city like Derby, so I am honoured to be presenting the awards to such worthy winners. It is fantastic to see the heritage and restoration of these beautiful old buildings so sensitively approached.

As Chair of CAAC it’s very rewarding to see historic buildings sensitively renovated and improved. The George Rennie award is there to acknowledge the commitment and hard work that has gone into such projects.

The George Rennie awards ceremony is an annual recognition made by the Conservation Area Advisory Committee in memory of the services of the former long standing Conservation Officer for Derby City, Mr George Rennie. The award, along with commendations, are made by the committee to recognise the skill and sensitivity in which conservation and new build projects have been completed in the previous 12 months.

Last year, the George Rennie award was presented to Historic England and & Derby City Council Derby (Partnership Scheme in Conservation Areas) for work with shop owners on heritage based regeneration.