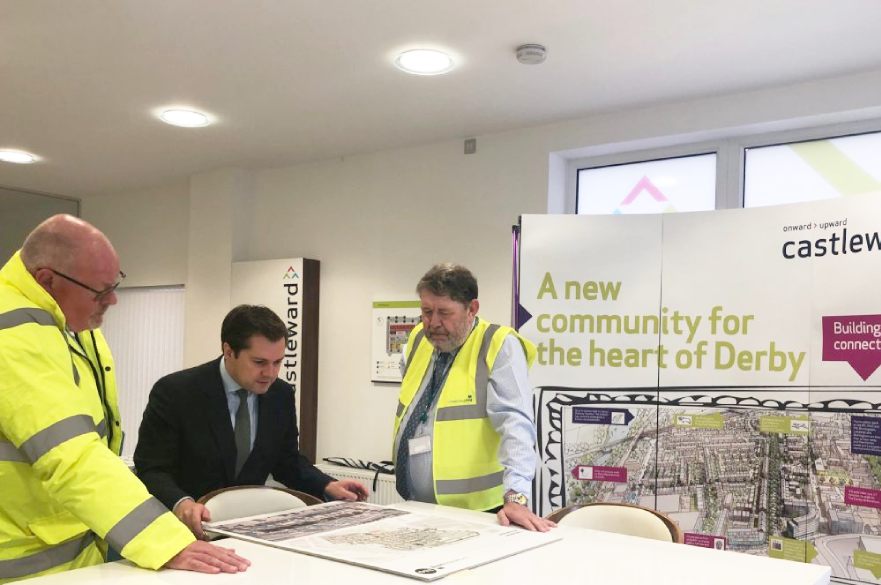 The new school, which will be situated on Carrington Street, will receive funding from Local Government funding and Homes England

The Council have successfully secured £8million of funding to build a new primary school at the heart of the new Castleward Urban Village development.

The new school, which will be situated on Carrington Street, will receive funding from Local Government funding and Homes England, the government’s housing agency. An additional £3 million has been awarded to the scheme by Homes England to cover a funding gap in delivery costs.

The facility will have capacity for over 300 primary school children, aged between five and 11 and with an onsite nursery with 39 places for pre-school children. The school will serve the new homes being built as part of the urban village and the local community. Work is expected to begin on the school, pending planning permission at the start of next year and to be completed by 2021.

Work in the wider Castleward Urban Village is well under way with Phase one of the development successfully completed with the delivery of 164 new homes and 12 commercial units.   Phase two is expected to be complete later this year and will deliver 54 homes, with scope for more than 500 further homes, within phases three to five  due to commence by Compendium Living later in 2020.

The regeneration of the Castleward development is a priority project for Derby City Council and is part of the wider City Centre Masterplan.

This is fantastic news for the development and will help to encourage young families move into new developments within the city centre. The provision of the school was the key to enable the completion of the wider Castleward scheme. The regeneration at Castleward showcases our ongoing transformation and commitment to our City Centre Masterplan to build 1,900 new housing units by 2030. I’d like to thank Homes England for their investment which has made a significant contribution to the funding of this new school. The Secretary of State, Robert Jenrick MP, recently toured the development and endorsed the scheme as a really good example of the type of inner City place making and regeneration necessary to create new urban communities.

The site was recently visited by Secretary of State, Robert Jenrick who visited Castleward Urban village to hear about the £100million regeneration scheme.

Cabinet will be asked to approve the project development phase of the new school at Council Cabinet on Wednesday 11th September.