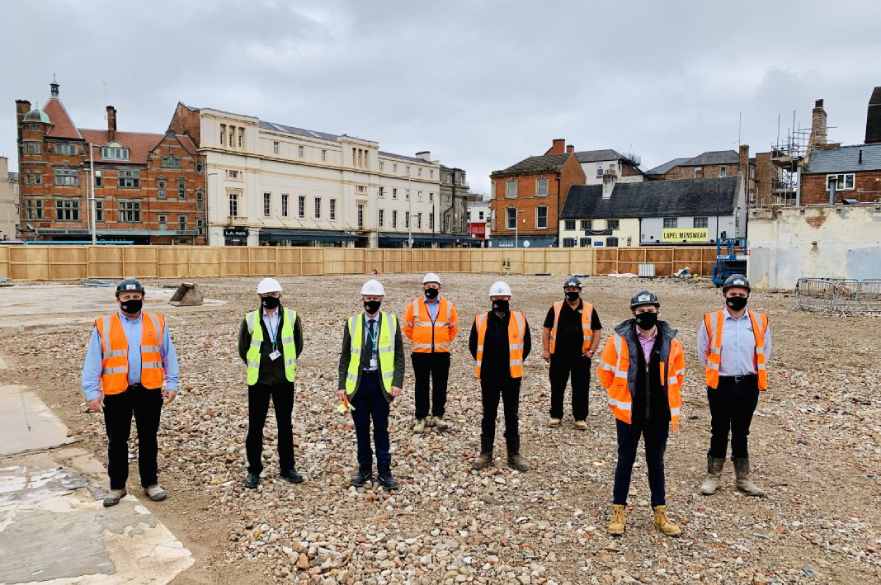 Demolition works of the former Debenhams store has been completed

Specialist contractor, Cawarden, has officially completed the demolition works of the former Debenhams store and the handover of the site took place yesterday in Derby city centre. The site was officially handed back to Derby City Council by William Crooks, Cawarden’s Managing Director.

Cawarden, which is headquartered in Ockbrook, near Derby, was the principal contractor for the demolition of the four-storey building to clear the way for a £200 million regeneration project for Becketwell.

The project handover milestone is a tremendous achievement for everyone involved, not least during these challenging times. We are delighted to have been able to play a part in helping to bring the regeneration plans to life for the Becketwell area. We hope to have the opportunity to undertake many more projects like this on home soil in the future, to help boost the regional economy by creating jobs for local people, tackling rising unemployment and addressing the skills shortage – ensuring construction and regeneration projects leave a positive lasting legacy.

The completion of the demolition is a significant achievement for the Becketwell site. The area has been in need of regeneration for decades and this is a fantastic step forward in our plans to transform Derby’s city centre.

Last month, plans to deliver a new 3,500 capacity venue in the Becketwell area of the city were unveiled by Derby City Council. The scheme will also see hundreds of new homes created, as well as office, retail and leisure space.

The regeneration plans are expected to bring a quarter of a million new visitors to the city and will create around 200 new jobs.