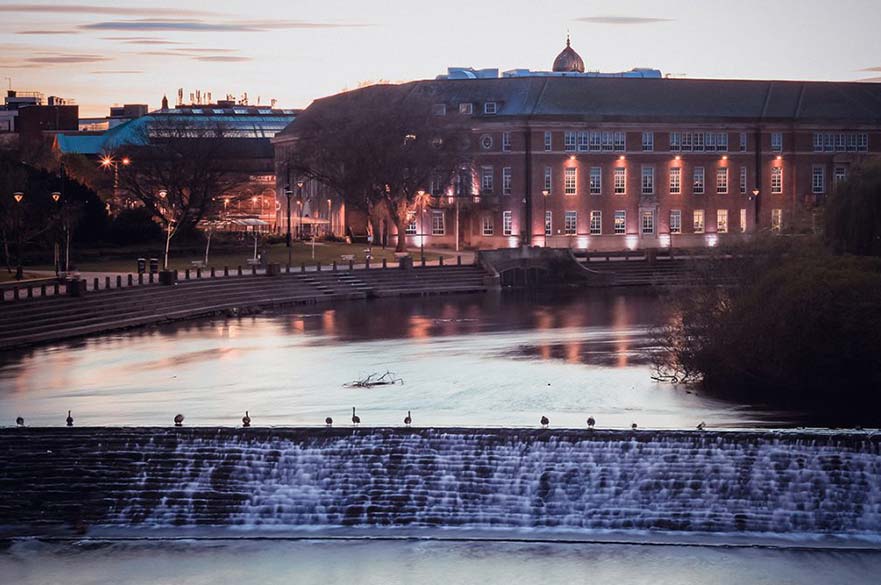 The team leading efforts to reboot Derby’s economy after the COVID-19 crisis has revealed details of its recovery strategy.

It is now seeking discussions with ministers over how Government can support its ambitious efforts to restart, revive and renew the city’s fortunes.

The plan is the brainchild of the Derby Economic Recovery Task Force, a partnership of public and private sector organisations, including Derby City Council, the University of Derby, Marketing Derby, D2N2, East Midlands Chamber and representatives of a number of the city’s businesses.

It is built around three key areas:

Schemes being discussed could inject tens of millions of pounds into the city’s economy, as it seeks to mitigate blows such as the loss of 1,300 jobs this year at its biggest company, Rolls-Royce.

The task force has already enacted a short-term plan to help businesses cope with the impact of the coronavirus lockdown. More than £40m has been distributed through Derby City Council in grant aid to more than 3,300 recipients.

A team has been established to help workers made redundant by Rolls-Royce to find alternative employment or launch their own businesses.

And a bid for £23.7m will be lodged later this month with the Government’s Future High Streets Fund to enable a number of projects to enhance the city centre.

The task force has been supporting outside investors and is delighted that companies behind three major schemes, worth a combined £450m and delivering hundreds of new city centre homes, offices and major public realm improvements, have pledged to continue with their developments.

It is also working with the council’s Transportation team to consider how money awarded from the Government’s Transforming Cities Fund can assist the economic recovery. Derby and Nottingham are to jointly receive £161m from the fund, with Derby’s share supporting ambitions to launch an electric rapid transit route through the city centre, create new park and ride hubs, improved cycling and public transport links and electric vehicle charging points.

While some of its plans remain confidential due to commercial sensitivities, schemes that it is seeking to bring forward, with the help of Government and other partners, include the development of South Derby Growth Zone – accelerating the growth of the city’s Infinity Park, with a focus on high-value technology employment and skills, and creating hundreds of new homes in sustainable garden village settings.

It also wants support for flood defence programme work that could free up land to create a new city centre park, build hundreds of homes and create commercial space for 1,000 jobs.

And it is seeking Government funding for a business support scheme that would allow the city to award grants or loans to firms seeking to grow and create new employment opportunities – particularly those in green technology sectors.

Derby City Council’s Chief Executive, Paul Simpson, said the city was determined to build back after the COVID crisis – and build back better.

For too long Derby’s economy has been overly-reliant on our major employers. While it is hugely positive that we have such world-leading companies as part of our city, and we are committed to supporting their further success here, we have not been effective enough in encouraging new business start-ups or business growth. Our recovery plan will attempt to address this. We will seek to create space for new, high-technology employment and we will create an infrastructure that will better support entrepreneurship. We will also seek to strengthen our city centre. Its fortunes have traditionally relied too heavily on retail and hospitality. We will bring in more city living and city centre working to complement our shopping and leisure offer.

Council Leader Councillor Chris Poulter said the recovery plan was being drawn up with decarbonisation very much a priority.

We want to attract businesses into Infinity Park who are involved in the low carbon sector. We want to create homes in sustainable settings to reduce people’s travel needs. We want to further mitigate the risk of flooding in the city centre while, at the same time, create a new park and space for more homes and businesses close to the heart of the city. We are talking to Government about our plans and hope to secure support to bring these schemes forward. We hope the strength of the partnership between the public and private sectors in Derby and the ambition of our proposals will persuade ministers to help us make them a reality.