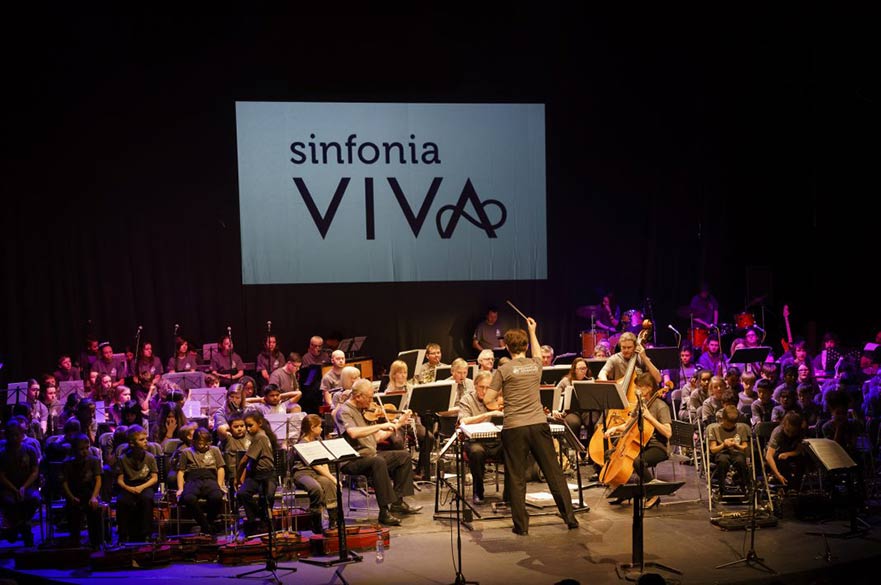 Grammy-nominated Sinfonia Viva, the orchestra of the East Midlands, has lined up a weekly programme of online solo performances by some of its top players to put a spring in the step of classical music fans – particularly those who are having to self-isolate.

Starting on Wednesday 25th March, a Sinfonia Viva player will perform a ten-minute solo from home using Facebook live every Wednesday at 8pm.

The series is called ‘A Little Live Music’ inspired by the title of the concert that Sinfonia Viva was due to perform at Derby Cathedral on Wednesday – which had to be cancelled under the Covid-19 self-distancing measures.

The first ten-minute piece will be performed by Nottinghamshire-based cellist Deirdre Bencsik who has been with Sinfonia Viva since it was launched in 1982 – originally as the East of England Orchestra.

With live concerts cancelled due to Covid-19, we were keen to do our bit as the professional orchestra of the East Midlands to dispel some of the doom and gloom that many people are experiencing. The positive power of classical music on our health and wellbeing can never be under-estimated and is now even more important in these unprecedented times. Ironically, the first online performance will be precisely at the time when the Orchestra was due to be performing a wonderful programme entitled ‘A Little Night Music’ at Derby Cathedral which of course has had to be cancelled. Although not the full live orchestral experience, we hope these short solo performances will go some way to brighten up Wednesday evenings for people who can watch and listen online – especially for those who are in the midst of self-isolation.

As well as a busy programme of concert performances, Sinfonia Viva has a national reputation for its education and community-based work from family-friendly performances to creative projects with older people living with dementia.

And further plans are underway to create online platforms to share some of the original songs composed as part of Viva’s education residencies and work with young people.

In addition, the Orchestra is looking at how it can engage online with care homes based on the workshops that have been run successfully in the past.