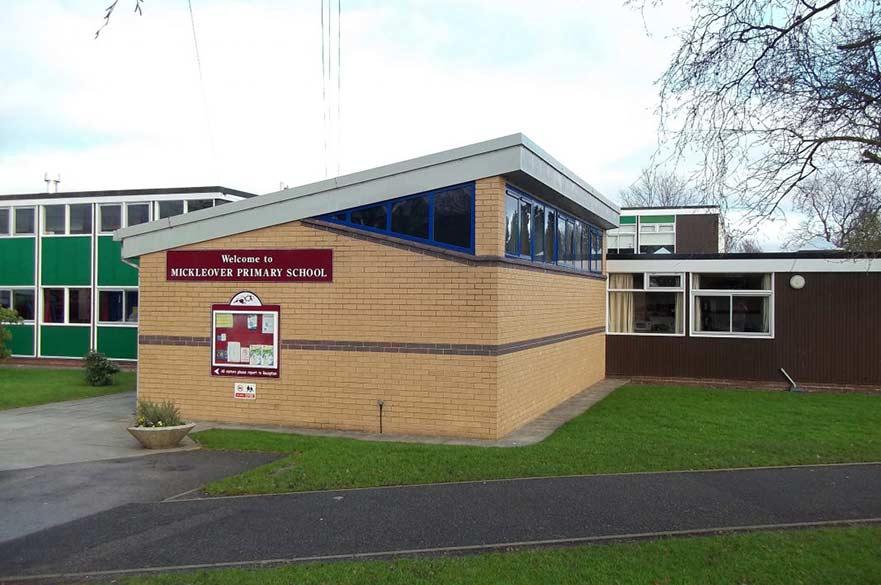 Derby City Council has been working closely with Mickleover Primary School to develop a major scheme to bring significant improvements to the school’s buildings.

If approved, the works will include the replacement of six of the school’s original timber-framed classrooms with modern ground floor classrooms. There will also be a new breakfast and afterschool club room, including associated toilet facilities and storage.

The project, which is expected to cost up to £1.56m, is to be funded by the Council’s Capital Programme and a contribution from Mickleover Primary.

Initial works would begin on site in April. Due to the scale of the later stages of the project, some of the Mickleover Primary School classes will be moved to Hackwood Primary Academy temporarily from the 2nd June.

The works are scheduled to be completed in time to ensure pupils can return back to Mickleover Primary as normal following the summer holidays in September 2020.

The Council and Mickleover Primary have worked together along with Hackwood Primary to ensure that all arrangements are as smooth as possible for children, parents and teachers.

Ahead of the works taking place, the support will include information events, regular communication with parents and Q&As.

Council Cabinet will be asked to approve the funding for the scheme at its meeting on the 11th March 2020.

We’re very excited to undertake extensive improvements to Mickleover Primary and provide facilities that are modernised and refreshed. We will be ensuring that in the run-up to – and throughout the project – parents and pupils feel as supported as possible.

The school are really looking forward to the new classrooms and especially the before and after-school club facility, which over the last two years we have been saving up funding for, in the hope to build this dedicated space.