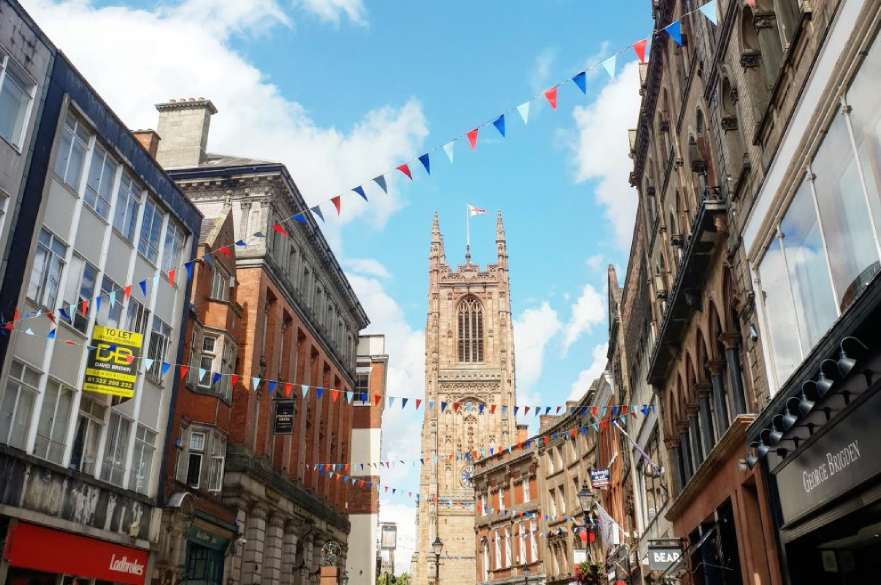 Ambitious plans have been revealed to attract creative businesses into a key area of Derby city centre.

The project is the brainchild of Derby’s Economic Recovery Task Force and will target vacant retail units in St James’s Street, Market Place and Iron Gate.

It aims to encourage makers, artists, designers and those in creative digital businesses to cluster along the route, linking with the development of the new £17m Museum of Making at Derby Silk Mill.

The idea follows the success of similar initiatives in Margate and Hull – the latter involved the re-imagining of the city’s rundown Fruit Market, which has resulted in more than £80m of private sector regeneration investment and 300 jobs created in the surrounding area as a result.

Derby City Council has already engaged the consultants behind the Hull project, Creative Space Management, and plans to appoint a city centre manager to help drive the scheme forward.

It will work with landlords of empty shops to attract tenants from its target sectors by offering incentives such as small grants to support fit-out, rates mitigation and a pool of demand for space.

The authority has secured an initial £350,000 through a business rates pilot scheme and now plans to explore additional sources of funding such as Arts Council England and D2N2 LEP.

Councillor Matthew Holmes, Deputy Leader of the Council and Cabinet Member for Regeneration, said changes in consumer behaviour, accelerated by the coronavirus pandemic, had led to a rapid increase in empty properties in the city centre – with a vacancy rate of 33 per cent in the area as a whole and more than 40 per cent on the worst-affected streets.

We are working hard to meet head-on the growing issue of vacancy rates and this exciting initiative offers an opportunity to create an identity that is distinctly Derby by linking to the city’s heritage as a place of innovation where things are made. The project will focus on attracting creative businesses onto the high street by providing opportunities for makers and artists, offering new workspaces and studios for the wider creative and digital industries and creating new jobs, enterprises and city living within empty or under-used buildings.

Where appropriate, upper floor space will also be converted into lettable units for live-work or flexible workspace. This will help to reinvigorate the city centre and create a cultural destination for tourists and local communities. St James’s Street and the Museum of Making will provide the bookends for the scheme and the route, signalled though public art installations, will run through the spine of Cathedral Quarter.

The project team will work closely with the University of Derby to engage graduates in the project. There is a strong pipeline of new talent emerging into the city, with over 500 students graduating each year from the University of Derby’s School of Arts. By working in close partnership with the university, this project will improve graduate retention by creating new space for emerging talent.

The scheme is part of a wider set of initiatives to stimulate activity in the city centre.

The Council has bid for more than £23m of Government funding for regeneration and public realm projects, has won £10m to create a new city park and free up land for homes and commerce as part of flood alleviation measures, has announced plans for a new performance and conference arena at Becketwell and is supporting private sector developers to deliver hundreds of new homes.