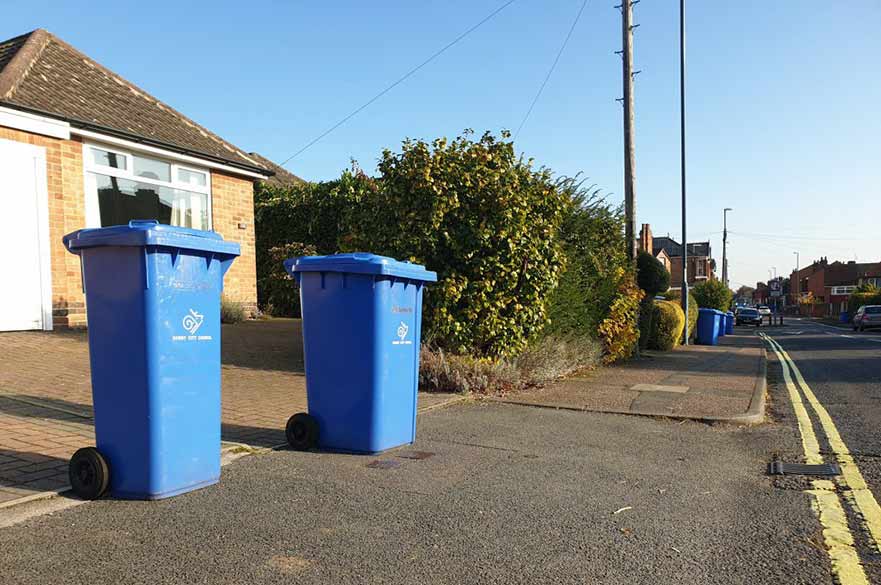 Derby residents are now able to put clean aluminium foil into blue bins with their other recycling.

Previously, the Council was unable to accept foil products. However, after appointing new contractors to manage recycling collected by the Council, foil has been included on the list of items that will be accepted in the blue bins.

Types of foil that can be accepted:

Any foil items must be cleaned and have no food or product residue on them before being put in the bin. The Council is charged for each kilogram of contaminant (such as nappies, plastic bags and other general waste) that is removed during sorting. A cost that ultimately falls to the taxpayer.

I’m really pleased that we’re able to expand the range of items that can be accepted in our blue recycling bins. We know that residents have been asking about and want to recycle foil. However, we need residents to help us and make sure that they’re cleaning the foil before recycling it. In previous months we’ve really pushed the issue of contamination in blue bins and I would urge residents to check our website and not the on-pack labels before recycling. Putting dirty or incorrect items in the blue bin could see an entire vehicles worth of recycling rejected which isn’t fair on those who are recycling correctly. Recycle week is an excellent chance for us to highlight how important recycling is and also to thank every resident who has done their bit by washing, squashing and recycling in Derby!

The theme for Recycle Now’s 17th annual Recycle Week is to thank Derbians for continuing to recycle despite all that has happened this year. Statistics released by Recycle Now show that through lockdown the UK has become even more environmentally aware, with nearly 9 in 10 households saying they ‘regularly recycle’.  Coming out of lockdown, more people are prepared to change their lifestyles to help the environment: 73 per cent, up from 68 per cent in 2019. And an amazing 93 per cent of UK households say they believe that ‘everyone has a responsibility to help towards cleaning up the environment’.

The figures come from research carried out during lockdown and an omnibus survey completed in July.

It’s fantastic to see that despite everything that has been thrown at them this year, more people than ever in Derby are taking responsibility for protecting the environment by choosing to recycle. This is something we can all do, wherever we live – an individual action that, when performed by everyone, adds up to a huge change. Derby’s recycling and waste workers have been real heroes too, providing the best service possible under the most difficult of circumstances. The recognition they received in the form of friendly waves, notes, cards and gifts left out for them is heart-warming proof of how Derby has cooperated. Recycle Week this year is an opportunity to thank everyone Derby for continuing to recycle, whatever their circumstances and to celebrate the way we have all pulled together. There has been a positive leap forward in attitudes that we must capitalise on so Derby can do even better in the coming year!

Derby City council, businesses and other organisations are joining in with a range of activities to highlight the importance of recycling. Everyone can support Recycle Week by using #RecycleWeek on social media.