IT company to open global HQ in Derby 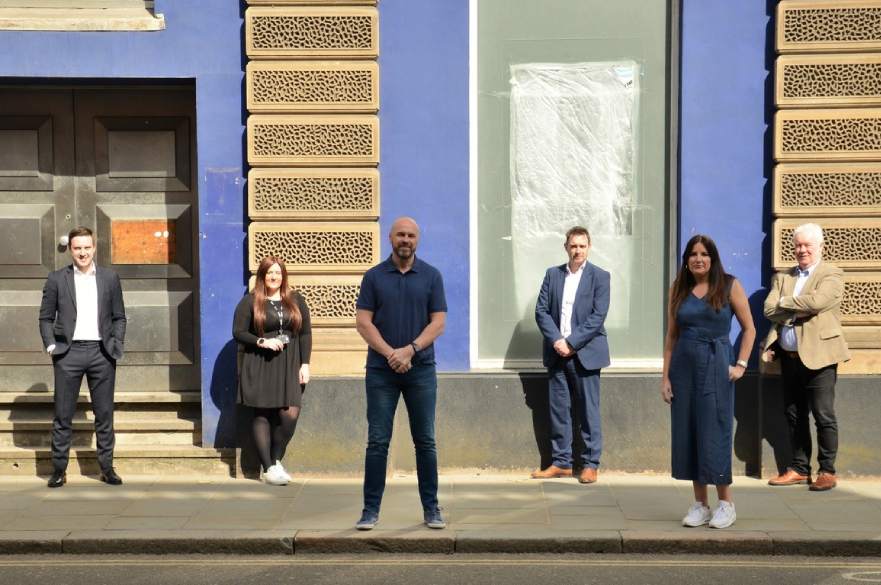 Expanding IT company Bam Boom Cloud is to establish its global headquarters in Derby in a move which will be a major boost to the city’s economic recovery efforts.

The firm, which was known as Cooper Parry IT until a buy-out by its management team earlier this year, employs 100 people, has operations in the US, Canada, India and Ireland and is looking for further growth in Germany and the UAE.

It has now signed a five-year lease on a three-storey Grade 2-listed building in Derby’s historic Wardwick and has drawn up exciting plans for a new internal layout – including the creation of a staff bar and computer games area.

The firm’s UK-based team will use the 6,500 sq ft office for meetings and creative sessions, alongside working from home.

Its move, scheduled for the summer, has been assisted by Derby City Council, Marketing Derby and property group Staton Young, which owns the building.

Bam Boom Cloud chief executive Vicky Critchley said the company had entered an ambitious phase following the MBO and was targeting a trebling of its £9 million turnover during the next three years.

It has already established a reputation as a leading supplier of cloud-based technology solutions to small and mid-sized businesses and has been recognised by Microsoft for global excellence.

Vicky said she was delighted to be able to bring the business to Derby from its previous base near East Midlands Airport.

We are excited by Derby’s plans to rejuvenate its city centre, including the Becketwell development, with its performance venue, apartments, hotel and public square, close to our new home in the Wardwick. It’s an exciting time for us to make the move.

We also think we will be good for Derby’s future and for the economy of the city centre. We are already a global technology business and we have ambitious plans for further growth and to recruit more staff.

Executive chairman Brett Critchley said staff had originally favoured a move to a business park location but the team was excited by the buzz of the city centre, the vision for the new offices and the ability to continue to work flexibly. He said:

The team will be able to combine working from home with coming into the office to interact with colleagues. They will be able to choose arrival and departure times to avoid sitting in traffic.

We pride ourselves on being different and that will be reflected in our offices. The ground floor will feel more like being in a restaurant and will have its own staff bar. We’ll also have chill-out zones, a pool table and a computer games area.

Our people can – and do - work successfully from home but they have missed the creativity of being with the wider team. This solution will offer them the best of both worlds.

Vicky and Brett paid tribute to Marketing Derby, who assisted the relocation effort, and to Derby City Council, which provided grant funding to assist with fit-out costs of the new offices.

It’s hugely symbolic that a growing technology business like Bam Boom Cloud has chosen to base its global headquarters in the city centre. It’s exactly the kind of high-value investment that we are trying to attract

These knowledge-based businesses offer great employment opportunities and will help us attract and retain talent. They have been resilient during the pandemic and, traditionally, have been under-represented in the city centre. We look forward to watching Bam Boom Cloud’s continued success in its new home.

Bam Boom Cloud are a talented team of market-leading innovators and we are really delighted to welcome them into the city centre. It's an important vote of confidence for a city building back differently and a clear signal for others to join us in place-shaping a new Derby.

The investment is a result of an intense collaboration between ourselves, Derby City Council and Staton Young and, as well as attracting almost 100 jobs, has the added bonus of refurbishing a beautiful building laid empty for many years.

He is also redeveloping the former Inland Revenue offices in Agard Street as student accommodation and has acquired the city’s Post House, which will become a bar and apartments.

He bought the Wardwick building, where Bam Boom Cloud will be based, six months ago and is delighted to be able to bring it back to life after years of disuse. He said:

This development will bring more businesspeople into the heart of the city centre, creating vibrancy and increased confidence. It’s fantastic for the city.

He’s keen to acquire further buildings and is experiencing strong demand for office space – despite the enforced move to home working for many companies during the Covid lockdown, adding:

We had 64 enquiries during last week alone. Covid may have changed the kind of offices people are seeking – they’re now looking for flexible, well-equipped and comfortable space - but there’s certainly plenty of interest in being in the city

It’s great news for the Derby economy and for the city’s future ambitions.