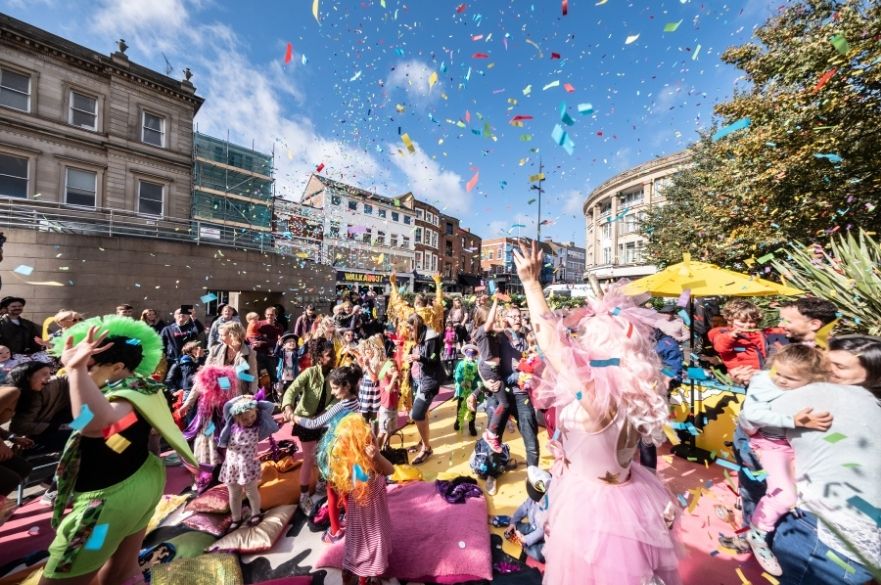 Derby City Council and QUAD are delighted to announce that Adam Buss, CEO of QUAD, has been appointed interim Bid Director for City of Culture 2025.

The Bid Director will maximise the opportunities to bring the city together and create a platform for development no matter what the outcome of the 2025 shortlisting is.

This is an incredible, once in a lifetime opportunity to support Derby’s bid for UK City of Culture. I feel privileged to have this opportunity and utilise the networks I have developed throughout my time in Derby to show that Team Derby is ready and well placed to show the world the great things that can happen here. It is my job to amplify the voices that are not always heard, to ensure our bid is inclusive, future thinking and builds on Derby’s heritage of incredible creativity.

As the birthplace of the industrial revolution, site of the world’s first factory and a leader of the English enlightenment, Derby is a city that has always had creativity and innovation at its heart, sparking new ideas and developing pioneering technologies.

Derby’s City of Culture bid will pay tribute to the past but build excitement and confidence for the future. It will give permission to disrupt and innovate, to flood the city with iconic and transformational moments and through co-production seek solutions to some of the biggest global challenges we face including the rise of AI, economic disparity and climate change.

We have a lot of talent in Derby and we are delighted that Adam will be taking on this new role and lead the Derby’s bid for City of Culture. The team will be working in partnership with artists and organisations inside and outside of Derby to put forward a fantastic bid that shows off our great heritage and vibrant future.

Derby will reach out to locations across the UK and the world to ensure the City of Culture award benefits more than just those on our doorstep including our friends in the four home nations.

QUAD is very supportive of this opportunity for Adam as it is in recognition of the work Adam has done to place arts and culture at the heart of developing Derby as a great place to live, work and visit. Adam has worked tirelessly at QUAD during his 14 years here and although he will be missed during this time we will of course continue to work closely together. Derby has never been in a better position to become a city of culture and Adam’s leadership will ensure we make the most of the opportunities presented whether we win the bid or not.

Derby is at its best when it works together, and our bid will unite communities, organisations and businesses. Through city-wide collaboration, effort and focus, Derby’s bid will act as a springboard for culture-led regeneration in the city.

In an indication of the extensive city-wide backing for the 2025 bid there have been a large number of positive letters received by the team. As part of Derby’s expression of interest over a hundred organisations, artists and cultural leaders have written in support of Derby’s bid.

City of Culture 2025 will showcase Derby with its blend of imagination, creativity and practicality making us an exemplar of a modern multicultural city whilst focusing on ‘building from within’ through our exceptional cultural talent and the voice of young people.

Derby is a city at the heart of the country with culture in its heart.