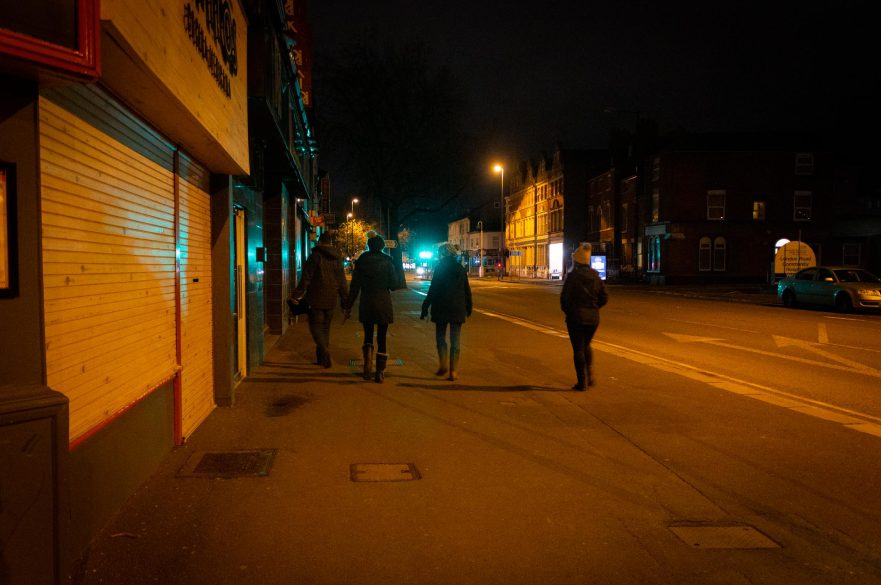 The low estimate highlights the progress made by partners over the last four years.

The number of rough sleepers that have been recorded from Derby’s spotlight informed estimate in the Autumn of 2020 was six. The figure was announced earlier today by the Ministry for Housing Communities and Local Government (MHCLG) as part of their official statistics on the Rough sleeping snapshot in England (2020). This is a reduction from the previous year where 14 rough sleepers were recorded following a spotlight informed estimate and continues the downward trend for the city, falling from a 37 in 2017.

This is the lowest estimate the city has seen in a decade and highlights the progress made by partners over the past four years.  Derby has seen significant investment made by the MHCLG to achieve the reductions through the Rough Sleeper Initiative (RSI) grant and general homelessness funding grants that are received annually.  In addition, the strong partnership between Derby City Council, Derby Homes, Public Health, Derbyshire Constabulary and the Police and Crime Commissioner (PCC) for Derbyshire, have provided further resources that compliment this funding.

All partners across the city have contributed to the progress that has been made with regular ‘homeless liaison’ meetings held throughout a period which has seen a new set of challenges brought about by the pandemic.  In March of last year, Derby City Council answered the government’s call to bring ‘Everyone in’ with their decision to block-book 100 rooms at a hotel on Pride Park between March and June, allowing those without a home to safely isolate during the first lockdown. This initiative saw a new partnership being created with the Holiday Inn Express, Derby Homes, Public Health and Derby City Mission.

Derby was amongst the first areas in the country to move rough sleepers on from hotel provision, having developed a series of ‘housing pathways’ to keep everyone in. These included six 'Housing First’ properties and the provision of some high-needs supported accommodation. This is complimented by the inception of a new Multi-Agency Rough Sleeper Hub (MARSH) which is supported by the key agencies and services in the city through a case management approach.  This aims to remove the barriers that may exist for the most vulnerable people in the city and help them in their transition from the streets into accommodation.

Since December 2020, further options for rough sleepers have been developed as part of Derby’s Severe Weather Emergency Provision (SWEP). These include six Covid-secure bed spaces at Safe Space and two houses with individual rooms (one house specifically for anyone that has tested positive for Covid). Use of bed and breakfast premises remains a further option to ensure we keep everyone in.

In taking a whole-system approach to partnership working, Derby is developing a greater understanding of the services required to meet homeless demand and is taking an informed approach to commissioning.

Derby’s success and its innovative approach to homelessness has gained national attention, with a visit from the Housing Minister in January 2019.

This is an incredible achievement and serves to further highlight why Derby deserves the national attention it has been receiving recently.

Homelessness is an extremely complex subject and this figure, like those from other authorities, is only an estimate. However, what the figures are clearly showing us is over the last few years we’re doing something that’s having a really positive impact in reducing the number of people who are living on our streets. No one should feel that life on the streets is their only option. The solutions are often as complex as the causes and it’s never as simple as putting a roof over someone’s head.

This truly is a #teamderby success and demonstrates that partnerships are a major strength of our city.