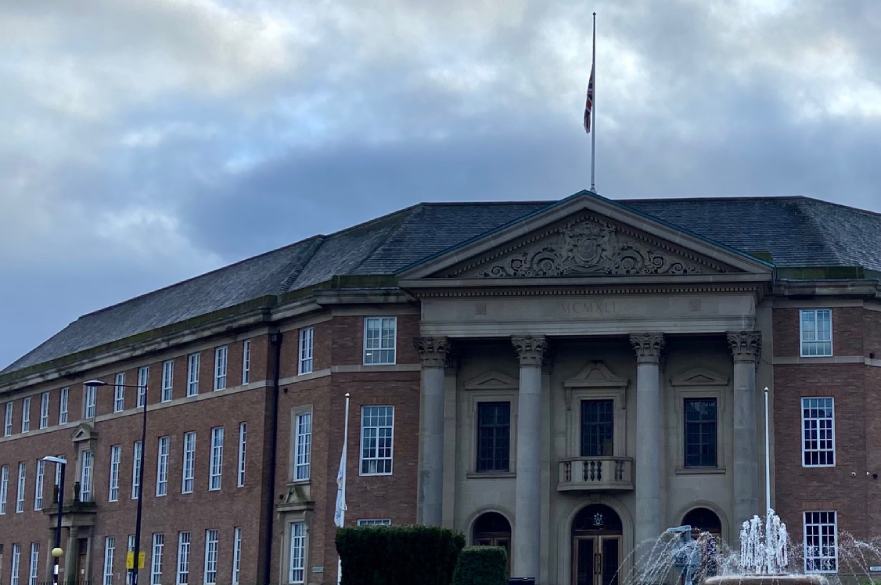 The Union Flag on the Council House will fly at half mast for the rest of the week.

Derby City Council is saddened to hear of the passing of Captain Sir Tom Moore. The Army veteran won the nation's hearts last year by walking 100 laps of his garden, which raised almost £33m for NHS Charities Together.

The 100-year old was admitted to Bedford Hospital on Sunday after he tested positive for COVID-19 last week, and due to other medication he was receiving for pneumonia, was unable to be vaccinated.

Captain Sir Tom joined the Army at the beginning of World War Two, serving in India and Myanmar, then known as Burma.

He was made an honorary colonel of the Army Foundation College in Harrogate on his 100th birthday and was knighted by the Queen in July in a special ceremony at Windsor Castle.

The Mayor of the City of Derby, Councillor Frank Harwood, said:

In my position as the Mayor of the City of Derby and the President of Oakwood Royal British Legion it is a privilege and honour to pay homage to a wonderful person.

Captain Sir Tom’s remarkable achievement in being instrumental in raising an astonishing £33m for good causes attributed to the National Health Service will rightly, mean that his name will remain with us always,

Most remarkably to do it at his age reminds me of the well versed ‘British Bulldog spirit’ that Captain Sir Tom had ample off.

Captain Sir Tom I salute you, R I P Sir.

The flags at the Council House are flying at half-mast in tribute.

Should residents wish to offer their condolences, DCC has set up an email address so they can do so; condolences@derby.gov.uk. Messages received to this email address will be collected and forwarded onto Captain Tom’s family along with a message of condolence from the Mayor.