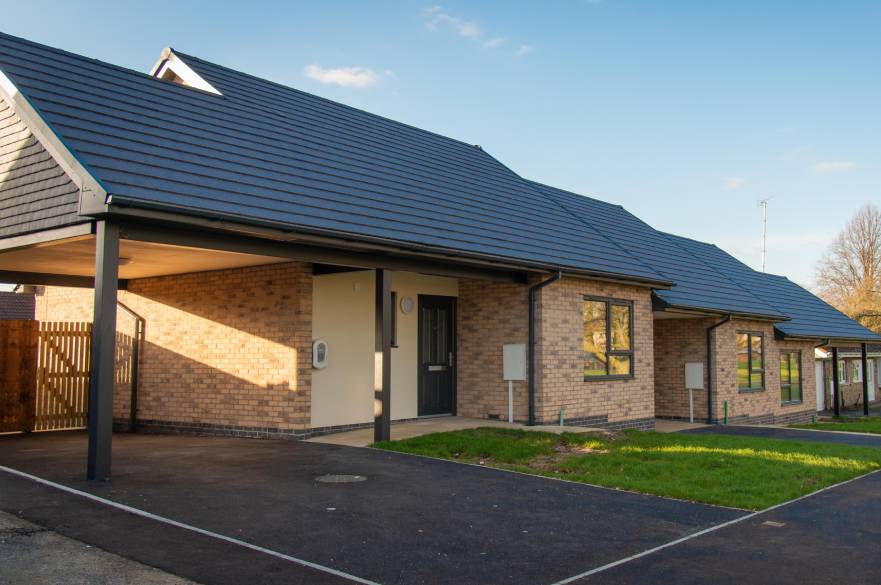 Houses in the War Memorial Village

Derby City Council agreed at last week's Council Cabinet meeting to renew the contract for the housing management organisation for a further 10 years. The current contract expires in March 2022.

Following a review by members and officers, the council determined that Derby Homes ‘continues to perform highly, combining good services for tenants and leaseholders whilst offering value for money’.

Established in 2002, the ALMO has periodically undergone a number of reviews to consider whether it has continued to provide council tenants and leaseholders with effective services and represent value for money for the Council and residents. On each occasion, the Council has determined that Derby Homes should be retained.

In fact, over the last 19 years, the Council has recognised the many benefits and efficiencies that can be achieved by enabling the ALMO to manage a wider portfolio of related services. Since its inception, Derby Homes has taken on the management of areas beyond its initial purpose of providing a solely housing management. The organisation now also directly manages the following council functions:

The recent review noted that Derby Homes continues to perform strongly in all areas and tenant satisfaction with the service has continued to improve. The organisation is independently ranked as excellent ‘top quartile’ performance when compared to other local authority and ALMO housing providers [housemark.co.uk]. Overall satisfaction with Derby Homes as a landlord is 95.3% (2019/20), which is comparable to high standards in the private sector.

Over the years, the ALMO has received a range of awards and accreditations across the whole range of its services, from dealing with anti-social behaviour, tenant involvement, innovation, sustainability and even in the finance sector. Derby Homes are also highly regarded for their health and safety record, receiving the ROSPA Gold Award for Health and Safety in 2020, an incredible fourteen consecutive years achieving this standard (also their fifth ROSPA President’s Award for Occupational Safety).  In the 2019 RoSPA Health and Safety Awards, Derby Homes achieved a “Commended in the Public Service & Local Government Sector” award.

These standards are rare in this sector, but critical given the many high-risk areas of business they manage, which include construction, emergency accommodation and rough sleeper outreach work.

Working with tenants and residents

The creation of Derby Homes coincided with the move to give tenants a much greater say in how their estates were managed. Council tenants make up one-third of the membership of Derby Homes’ Board.

This focus on resident involvement has continued to be a strength for the ALMO and vital given the renewed national focus on consumer regulation, customer service and resident influence from the recent Social Housing White Paper.

Building homes for the future

From the outset, Derby Homes have worked with the Council to increase the city’s housing stock, by developing new homes where possible, but also bringing existing properties back into use and refurbishing them to modern standards.

The partnership has delivered over 550 new, affordable homes for Derby since 2008. The most recent development for the partnership saw nine new bungalows built in-house by the ALMO for War Memorial Village Derby. Derby Homes has managed the properties at the village on behalf of the charity since May 2013 and was chosen as the main building partner to build the new bungalows for them.

With co-delivery being a core value of Derby Homes from its inception, it has also played a core role in promoting Derby’s ‘Working Better Together’ principles. The ALMO leads on building and supporting the strong partnerships that have enabled and driven the delivery of many successful services and projects to achieve positive outcomes.

The report praised the role that Derby Homes has undertaken in relation to the City’s response to the Covid-19 pandemic, including its work on the homeless ‘Everyone In’ campaign, conducting thousands of safe and well contacts with vulnerable residents, and providing support and resources to the cemeteries, refuse collection and community response efforts, reacting swiftly to the needs of the City.

Derby’s and in particular Derby Homes’ approach to supporting homeless people is acknowledged as best practice by the Ministry of Housing, Communities and Local Government (MHCLG). This is reflected in recently announced government figures which illustrate outstanding success in reducing the number of rough sleepers in Derby to just 6, the lowest number the city has seen in a decade, with a particularly swift downward trend over the last three years.

It is proposed that Homelessness Services be formally included in the new partnership agreement, rather than subject to a separate service level agreement.

Derby Homes has a long history of working effectively with the council and offers many services delivered on our behalf. Working relationships between the two organisations have never been better and the ALMO leads in many key areas of our corporate mission, such as climate change technology. If you haven’t seen the new homes built for the War Memorial Village, Shelton Lock, Derby, they are well worth going to see. The standard and efficiency of these new homes is outstanding. Truly sustainable homes for war veterans.

Derby Homes not only provide benefits for tenants in the homes they manage, but to the city of Derby overall.