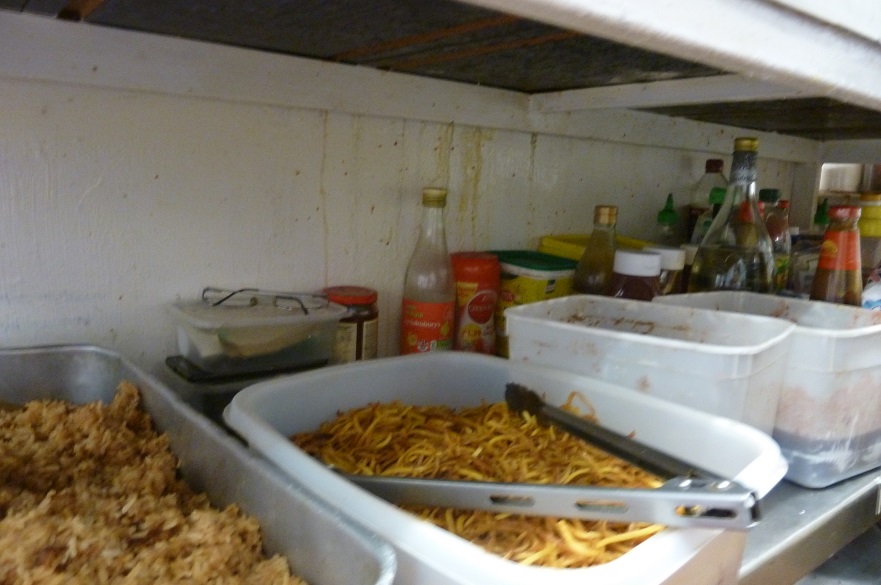 The prosecution was brought after working with the owners for over 10 years trying to improve their standards and achieve full compliance. The conviction has come specifically after 15 months of inspections and visits in which advice, letters and hygiene improvement notices were served and not fully complied with.

At a revisit on Monday 3rd February following the expiry of the notices it was found that they had not been fully complied with and in addition to this was still failing to maintain the equipment that comes into contact with food in good repair and condition.

Following the first COVID-19 lockdown, officers were able to reattend the premises on Friday 15th May 2020, where Mr Lau locked a door so officers could not access the premises. Mr Lau was warned that this type of behaviour could be seen as obstruction of officers. There were still issues with the premises.

Officers were able to reattend the premises on Wednesday 1st July 2020 for a rescore of the Food Hygiene Rating, cleanliness levels were poor with many of the issues having previously being pointed out to Mr Lau, as a result of this inspection a rating of 1 was given

A letter was sent stating the improvements required. On Thursday 3rd September 2020 officers attended the premises again to check that the items noted in the letter had been complied with but found that little action had been taken.

Officers were then left with no option but to prosecute Good Taste 88Ltd and seek the removal of Mr Lau as a food business operator.

Despite the incredible work the Food Safety team have done supporting businesses through the pandemic, they have still carried on doing their bread and butter work of keeping residents safe from poorly managed food businesses.

Our team will try their upmost to help business owners to make the necessary improvements but unfortunately not all businesses choose to follow the recommendations to make those changes. In this case a prosecution was absolutely necessary and I’d like to thank them all those involved in securing this successful outcome.