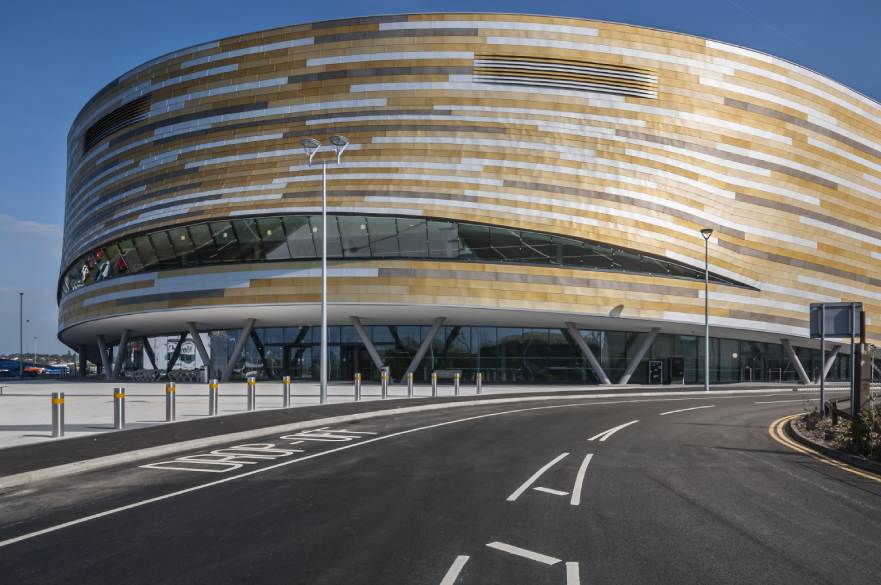 Derby Arena was one of the projects that Bowmer and Kirkland had worked on under John's leadership.

Members and officers of Derby City Council were extremely saddened to hear of the passing of John Kirkland OBE.

We are tremendously proud to have worked with Bowmer and Kirkland on numerous iconic leisure projects for the city. Under the great leadership of John, the Derby Arena, which has since won many awards worldwide and the Moorways Sports Village, to open very soon are two stand out projects. These multi-million-pound developments will provide a lasting legacy in the city.

John was always so passionate about making a positive contribution for Derby residents. Indeed, his contribution to the City and Derbyshire as a whole, is widespread and well recognised.

In 1999 he received the OBE for services to Derbyshire, and was awarded an Honorary Doctorate by the University of Derby in 2001. He served as Chair of the LSC East Midlands Regional Council, and also Chaired the Derbyshire Learning and Skills Council. John was also a Governor of Landau Forte College, and of course long-standing Rams supporter.

John was always approachable and cared deeply about those with whom he worked. He will be sadly missed and we offer our deepest condolences to John’s family and friends.