How Derby's City of Culture bid could make a difference 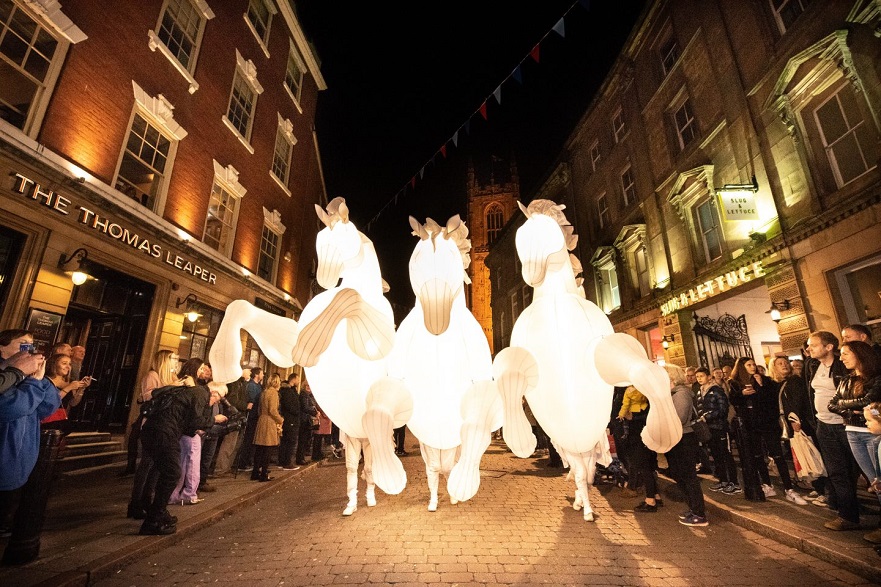 A scene from Feste in 2019. Picture by Graham Whitmore.

A record number of 20 cities, counties and regions from all UK nations have expressed an interest in becoming City of Culture, and the Government is due to announce the longlist in a few weeks. Cities bidding include Bradford, Southampton, Tay City Region, Newport and Armagh.

Partners across Derby are already working on plans which put culture at the heart of the city’s recovery, but achieving City of Culture status would be a springboard to making this happen.

Current plans include the physical regeneration of the city centre, with the delivery of the new 3,500 capacity Becketwell venue and refurbishment of the Victorian Market Hall and Guildhall Theatre. In the pipeline is a new purpose for the Assembly Rooms site and the creation of a cultural quarter around the Market Place.

The bid also talks about bringing life back to the city centre, by finding new uses for empty shops and creating cultural events to attract visitors, seen recently with the success of the Derby Ram Trail.

However it is also about using culture as a starting point to address inequalities within the city’s population and improving wellbeing, life opportunities and social mobility.

Putting Derby on the map as a destination for culture helps create a sense of pride, but we also want to enrich the lives of the people who live and work here.

We want to give our artists the chance to develop and create opportunities for residents and young people to train and work alongside them. It’s about harnessing culture to help build people’s confidence, encourage their wellbeing, and improve their prospects. When Liverpool was European City of Culture in 2008 it generated over £750m in economic impact and huge changes to civic pride and perception. We believe the impacts on Derby will be in these areas and more.

Derby has a lot to be proud of. For 300 years we’ve been world-leaders in creativity and innovation. It’s what we do, and it’s something to celebrate. But we also recognise the challenges faced by our city and its people.

We are entering this competition as a city with aspirations and enormous potential. Being Capital of Culture would help rebuild confidence in our future, and help us raise the profile of Derby as a modern, multicultural city in the digital age.