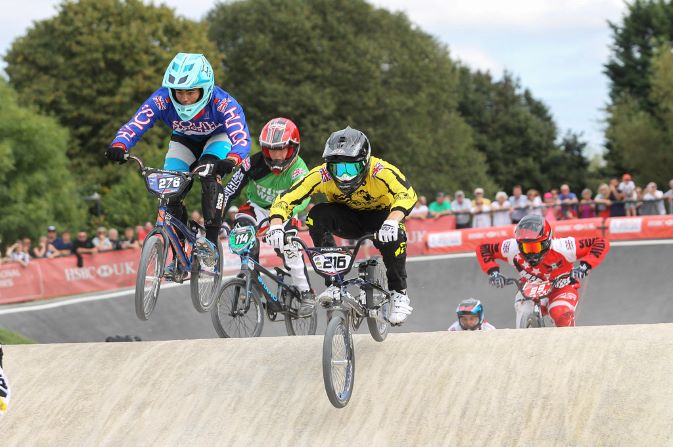 The British BMX Championships at Alvaston Park in 2017

Derby has been selected to host the British BMX Championships next summer. British Cycling has confirmed the country’s best BMX riders will compete for the prestigious title of British champion at Alvaston Park in August 2023.

It will be the fourth time that Derby BMX Club has hosted the showpiece of the domestic BMX calendar. The event was also held at Alvaston Park in 2019, 2017 and 2016.

BMX racing has been growing in popularity since Team GB won their first ever BMX medals at the Tokyo Olympics. Beth Shriever took gold and Kye Whyte a silver during a thrilling day on the track that became one of the enduring stories of the Games.

Derby’s selection as the host of next year’s British BMX Championships further cements its reputation as a top city for cycling. The Great Britain Cycling Team track squads spent most of this year at Derby Arena while their usual home, the National Cycling Centre in Manchester, underwent renovation work.

We are delighted to welcome the British BMX Championships back to Alvaston Park. Derby has become known as a city where anyone can get involved with cycling, whether they’re a beginner or an elite cyclist.

Our cycling facilities are of the highest quality – so much so that Derby Arena was able to host the Great Britain Cycling Team as they prepared for their success at the 2022 Commonwealth Games.

The fact Derby has been chosen to host the British BMX Championships for a fourth time continues to demonstrate how highly the city is regarded in the cycling world.

British Cycling said Derby’s strong application and excellent track record of hosting events had secured the city’s place as the chosen location for the 2023 championships.

The British BMX Championships is renowned for its family atmosphere and fierce racing, for riders of all ages, and we look forward to returning to Derby once again in August.

We’re blessed with some fantastic tracks here in the UK, and our national racing calendar plays a vital role in setting our current Great Britain Cycling Team riders and the stars of the future on the path to success.

Derby BMX Club, based at Alvaston Park’s national-standard BMX track, is run by a team of dedicated volunteers and holds regular training sessions and races throughout the year.

It’s great to get Derby back on the BMX calendar. We know from past events that the BMX community love a visit to Derby BMX Track, on Alvaston Park.

The British Championships is a brilliant event, the highlight of any race season and we’re proud to be chosen again to host in 2023.

This year saw Great Britain’s cyclists achieve medals at world, Commonwealth, and European level after training at Derby Arena. The squads have thanked the Arena team for being so accommodating during their stay and providing the vital opportunity to continue to train and develop for the year’s competitions.

Derby Arena is one of only six velodromes in the UK and takes pride in providing cycling opportunities for the East Midlands. Its Cycle Hub encourages people of all ages and abilities to take up the sport and get moving, and offers opportunities for experienced track cyclists to compete locally.

As well as inspiring spectators to become more involved in cycling, hosting these world-class events can expect to generate hundreds of thousands of pounds, or millions for the Women’s Tour and Tour of Britain, for the local economy.

British Cycling has just announced its full 2023 national BMX racing calendar. The British BMX Championships will take place at Alvaston Park in Derby on 26 and 27 August 2023.