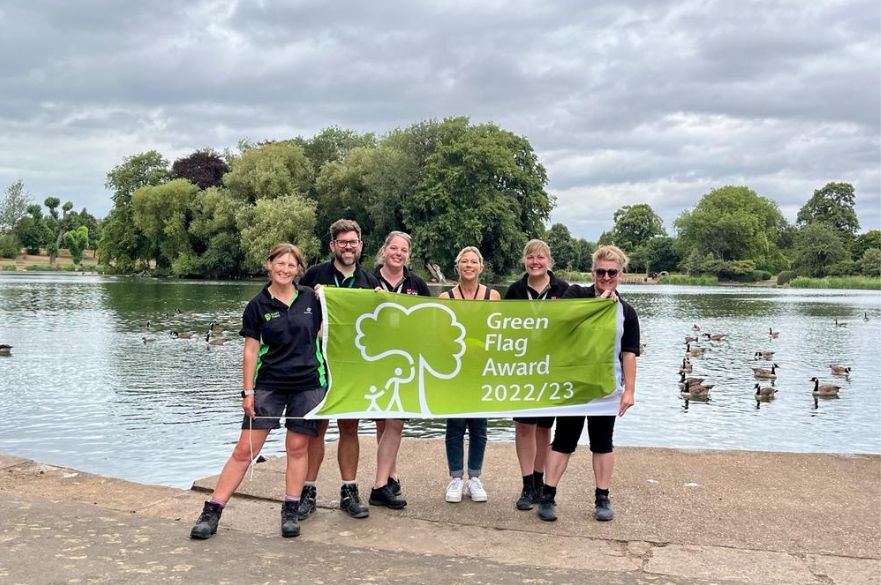 Six of Derby City Council’s parks have been officially recognised as being among the best green spaces in the country again this year.

Alvaston Park is a beautiful riverside park located to the south of the city and offers lots of activities for the community including fishing, playing football, exploring the science garden, or wandering around the historic lake. It also recently played host to the Alvaston Park Community Fun Day.

Chaddesden Park is a focal point in the local community and offers residents a wide range of sports and play areas. It is also the host of various events such as The Big One (Sunday 31 July) and Superhero Picnic (Wednesday 27 July).

Darley Park is an expansive area within walking distance of the city centre. The park is home to beautiful gardens which are showcased during the Hydrangea Derby Open Day (Sunday 14 August) and also hosts a Superhero Picnic (Thursday 28 July). The park also hosts one of the biggest outdoor classical concerts The Darley Park Concert (Friday 26 August – Sunday 28 August).

Markeaton Park is Derby’s most visited park and one of the most popular attractions in the East Midlands. It offers a wide range of activities for all the family from the Mundy Play Centre, the Craft Village and The Orangery café. Markeaton Park is also host to lots of events throughout the year including The Outdoor Theatre and Cinema events (until Sunday 31 July) and Derby Pride (Saturday 10 September).

Sunnydale Park is a local nature reserve located in the Blagreaves ward of Derby. Covering 13.2 hectares and consisting of a variety of habitats the park features a large balancing pond that provides a home for a whole host of animals.

Derby Arboretum is known for being the first public park in England, opening its doors to the public in 1840. In the modern day Derby Arboretum boasts beautiful heritage landscape, a superb collection of trees, the Heart of the Park community building, various sports facilities and events throughout the year such as Lark in the Park (Sunday 18 September).

I would like to congratulate everyone involved in making Derby’s parks worthy of Green Flag Awards.

Derby’s parks are vital green space for the community. This award is testament to all the hard work of staff and volunteers, who do so much to ensure that they maintain the high standards demanded by the Green Flag Awards.

What a fantastic achievement to be able to fly the Green Flag in these six parks again this year!

After a tough two years that has seen our parks and green spaces play a vital role in helping people to relax, exercise and safely meet friends and family, we’re delighted to receive this recognition once again.

I’d like to thank everyone who has been involved with the upkeep of these locations and encourage everyone to visit them this summer -whether that be to attend one of the many events, or just to take in the scenery.

The Green Flag Award scheme, managed by environmental charity Keep Britain Tidy under licence from the Department for Levelling Up, Housing and Communities, recognises and rewards well-managed parks and green spaces, setting the benchmark standard for the management of green spaces across the United Kingdom and around the world.

Derby has over 300 parks and open spaces and many will be packed with family-friendly events this summer.

A full list of Green Flag Award-winning parks and green spaces is available on their website and more information about our parks can be found on the Derby Parks website.