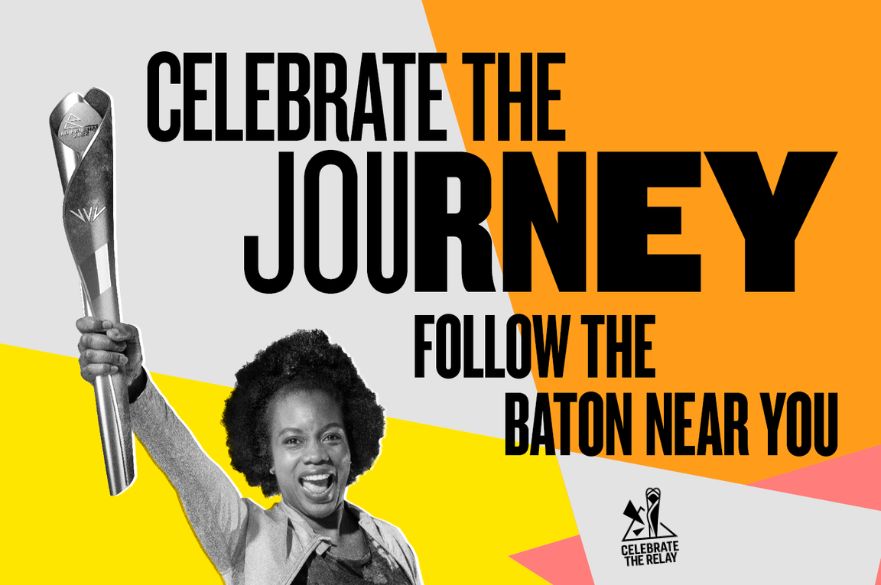 On Monday 11 July, the Queen’s Baton Relay will wind its way through Derby, visiting the new Moorways Sports Village and city centre in a colourful celebration as the countdown to the 2022 Birmingham Commonwealth Games continues.

At 3.00pm, a convoy will arrive at Moorways Sports Village and the first baton bearer will prepare to get the relay underway. Starting at the top of the flume in the Water Park, the baton will start its journey by making a splash to the sounds of a local DJ and MC.

From there, the baton will be taken around the leisure pool and over to the main 50m swimming pool, to be met by a brass quintet from Sinfonia Viva who will be playing from the middle of the pool, Bermuda shorts included! As part of the relay, the baton and its bearer will come as close as possible to walking on water by crossing one of the moveable booms that divides the pool into three. From there, the baton will head outside to the entrance and be met by a choir of singers. During the relay, the baton and bearers will be cheered along by families and school children.

From Moorways, the baton will re-join the convoy and make its way to the city centre. Arriving at 4.11pm, the baton and the next bearer will be greeted by a starting line next to the Forest for the Future with the sounds of the Bombay Baja Brass Band.

From the Market Place, the baton will make its way along St James’ Street, The Strand, Sadler Gate and on to Iron Gate before heading towards Full Street and the finish line at the Museum of Making and Cathedral Green. On arrival at Cathedral Green, the baton and bearer will be greeted with a spectacular pyrotechnic display as it passes the finish line. The relay will then take a five-minute break before it heads off to the next relays in Matlock, Bakewell and Buxton. Along the route around the city centre, the baton will be passed between five different baton bearers.

Across the city centre, live acts including the Caribbean Carnival troupe, stilt walkers and huge Swallow shaped silk kites will wow spectators and support the relay as it races around the city. Visitors will also be able to watch the baton’s progress through the city, live, via a large screen on Cathedral Green.
The city centre will be the best place to see the baton relay and residents are encouraged to head to the city centre and line the route to cheer on the baton and bearers, all of whom are local sporting and voluntary sector heroes.

“It’s a huge privilege to welcome the Queen’s Baton Relay to Derby and particularly the fantastic new Moorways Sports Village. It’s a historic moment for the city as one of just a few special locations picked in the East Midlands to host the relay. What a great way to continue the countdown to Birmingham 2022!”

Anyone coming to watch the Queen’s Baton Relay is encouraged to use active and sustainable transport options such as walking, cycling and public transport to reach the city centre.