Allies of Women Speak Out 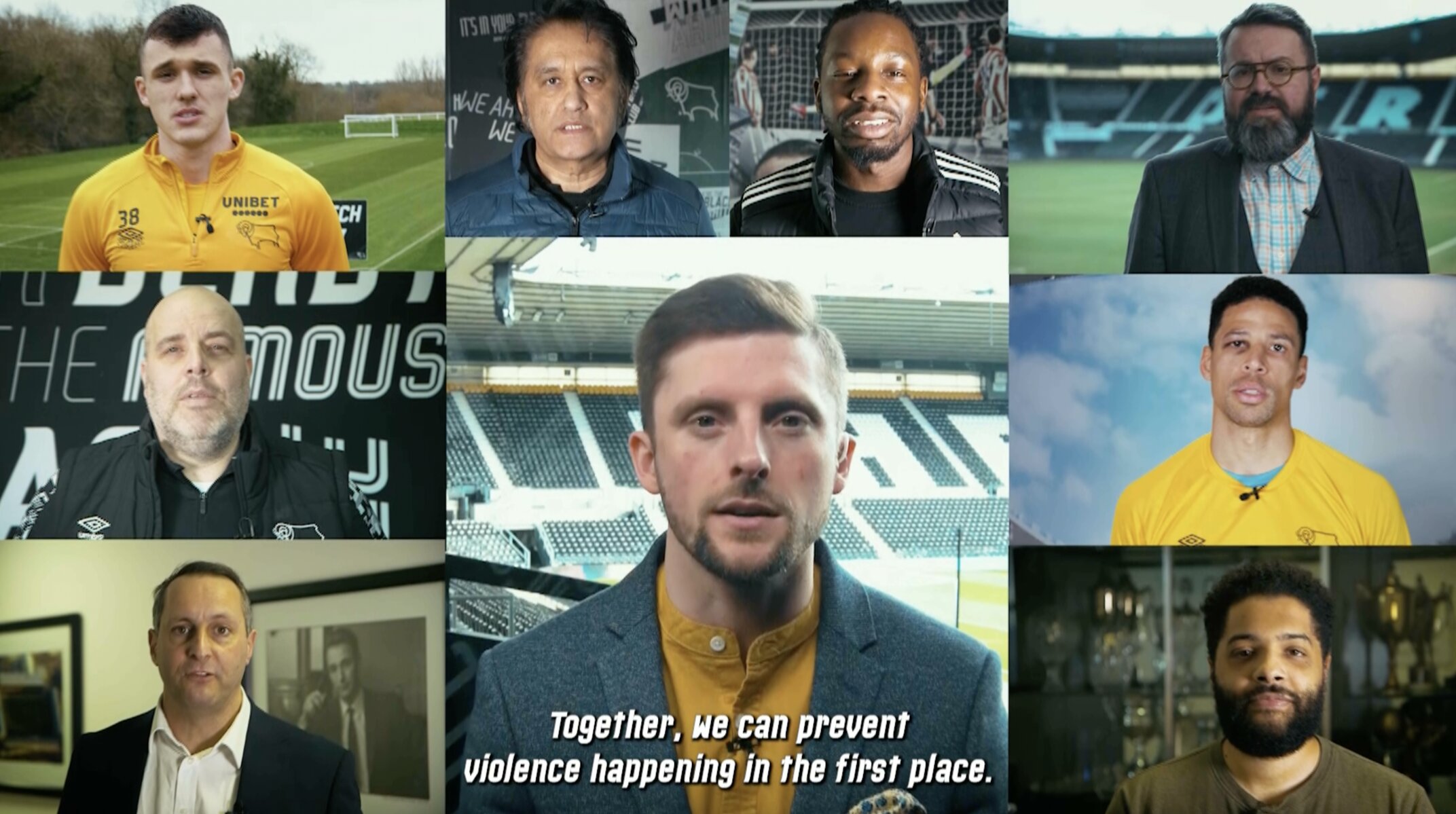 Prominent men across Derby’s sport, charity and cultural sectors have joined together to speak out about violence against women and girls.

‘Allies of Women’ is led by Derby County Community Trust (DCCT) who are a key partner in the Safe Derby campaign alongside Derby City Council, specialist child exploitation charity Safe and Sound and Derby Community Action.

The overarching objective of the Safe Derby campaign, supported by Home Office funding, is to prevent, tackle and challenge violence against women and girls in public places and signal Derby’s zero tolerance towards, and promotion of a city free from, gender-based violence, abuse, harassment and exploitation.

Together, they highlight the shocking national statistics and encourage men to speak out against harassment or threatening behaviour towards women.

The call to action is that individuals, businesses and organisations across the city show their support and sign up to the global White Ribbon movement which aims to end male violence against women.
The video ‘Allies of Women’ has been shared online for the first time to mark International Women’s Day (Tuesday March 8) and will then be aired on the Pride Park screens at DCFC’s home game against Coventry on Saturday March 19 and at the DCFC women’s match against Nottingham Forest on Sunday March 27.

Statistics surrounding violence against women and girls are frightening but we can all play our part to encourage behaviour change.

Our aim by speaking out through Allies of Women is to make men and boys think twice about their own attitudes and behaviour but also to challenge and call out actions of others.

I hope that it encourages male leaders across our local communities to also take a stand and to sign up their businesses and organisations to be part of the White Ribbon movement.

Mr Carnall continued that ensuring equal participation in sport at all levels was an important part in changing attitudes and behaviour and promoting respect and tolerance.

By encouraging female participation across our wide range of programmes, we are empowering everyone, across society, to take part in whatever activities they want to – irrespective of gender, religion, race or any other factor.

Whilst the Allies of Women campaign as been created to raise awareness as part of Safe Derby, we are wholeheartedly committed to ensuring participation opportunities and safety or women and girls across the remit of our work.

This comes in many forms including encouraging female participation at typically male-heavy sessions and working alongside Safe and Sound in outreach work across local communities.

Our commitment to supporting women goes beyond the White Ribbon movement message with a rigorous programme in place to ensure that talented female players are able to compete at the highest level.

The female player pathway is a partnership between DCCT and Derby County Women and aims to recruit the most talented players from under 11 and beyond – providing them with top quality training throughout their teenage years, into the Trust’s post-16 education programme with progression into first team football where possible.

Safe and Sound, the Derby-based charity which supports children, young people and families across Derbyshire whose lives are affected by child exploitation, is among the first organisations to sign up for the White Ribbon campaign under Derby County Community Trust’s Allies of Women campaign.

We support more than 200 young people every year who are victims of or at risk of child exploitation and see first-hand the devastating effects of both online and in person grooming and abuse.

A key aspect of our grassroots work across the city and county is to raise awareness amongst local communities of the dangers facing young people regardless of their sex, age, where they live, family background or culture with a robust call to action that concerns must be reported.

I hope that our pledge to the White Ribbon campaign sends a clear message that we must all stand together to do all we can to protect and support women and girls as well as everyone in our society who are vulnerable to exploitation.

In 2022 and beyond, it is crucial that all men are ‘Allies of Women’ and not only stand up to violence against women and girls, but also tackle and challenge the sexist comments, derogatory language, out-dated opinions and physical and online harassment that is so often how serious violence and exploitation begins and how abuse is perpetuated.

This video, featuring prominent individuals from across the city, highlights the horrifying realities of violence against women and girls, but also exemplifies the role that men can play in eliminating this violence and abuse from our society. It is so important that everyone hears its messages.