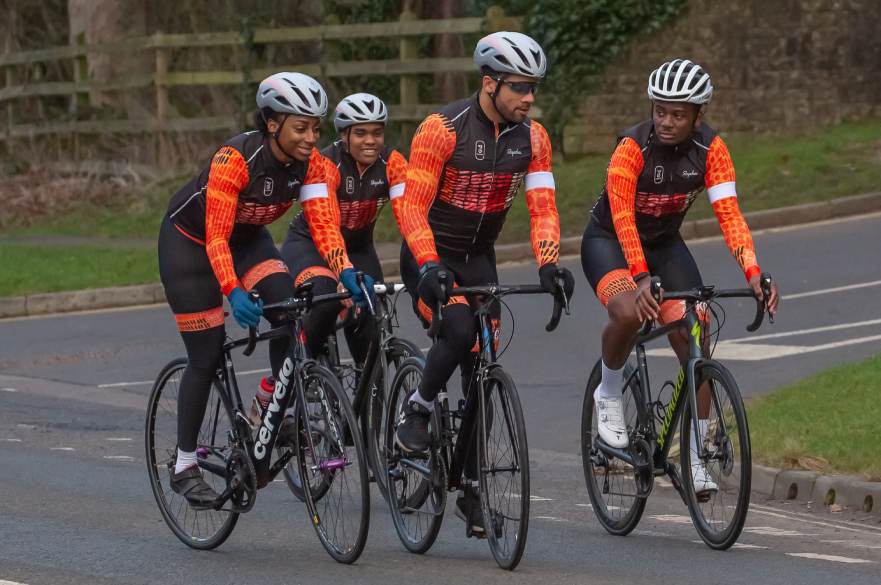 The velodrome track will host a test day for the athlete’s own KC Academy on Friday 8 April, providing an opportunity to showcase your skills and potential on the bike – even if you’ve never tried track cycling before.

Kadeena Cox has teamed up with Rapha and the Rapha Foundation to relaunch and expand the KC Academy in 2022. They are offering an additional four places to help riders from diverse ethnic communities to reach the top of the track and road cycling world.

The test day will include an on-track velodrome experience, stationary bike and power tests designed with the support of British Cycling. It is completely free to attend, with the only criteria being that athletes must:

An application form for the testing day can be found on the KC Academy website.

It’s not just cyclists that are being encouraged to attend. Kadeena is actively encouraging athletes from other sports to come along, even if they have no cycling experience and give cycling a go. She said:

I know first-hand that athletes with great cycling potential aren’t always found on the bike! I only started cycling by chance in 2015 when I was going through my rehabilitation. It was potluck that I even got on the bike so I really think this could be a sliding doors moment for athletes to come and learn that they have huge potential in a sport they didn’t even know about.

The four successful athletes will join the KC Academy alongside Kadeena herself and the three athletes already on the programme. Each athlete will receive a bespoke support package designed to help nurture their talent on the bike, provided in collaboration with the charity SportsAid.

The KC Academy was founded by Kadeena in 2021 as a way of providing inspiration, opportunities, and support to athletes from diverse ethnic communities looking to join the ranks of elite cycling.

Kadeena’s motivation for setting up the KC Academy stems from her personal journey of success in cycling. In 2016 Kadeena was, and today remains, the only ever black British cyclist to win a gold medal at the Olympic or Paralympic Games. She believes that this lack of success in cycling from diverse ethnic communities is not down to a lack of talent or a lack of application but a lack of opportunity and inspiration. She said:

I’m so proud to be taking the KC Academy to the next level and couldn’t be more excited about the two test days that we are hosting in Derby and London in April. I really believe there is plenty of talent out there in cycling and we want to find and support those athletes looking to one day stand at the top of the Olympic or Paralympic podium. I don’t want to be the only black athlete to have ever won a gold medal for Great Britain, I want some company!