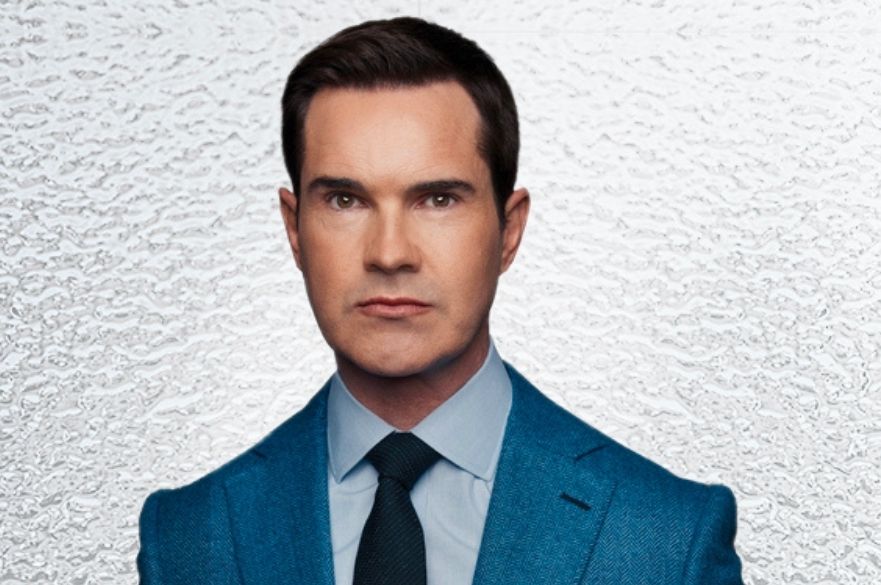 Jimmy will return to Derby with new material in May 2023

Comedian Jimmy Carr will return to Derby Arena on Sunday 21 May 2023 with new material for his Terribly Funny 2.0 tour.

The 8 Out Of 10 Cats star previously performed his sold-out show at Derby Arena in October 2021 but it’s back by popular demand with fresh new material for the second instalment. If you were a fan of his Netflix special in 2021, this is the event for you. Love him or loathe, Jimmy is one of the most well-known British comedians of our time and undeniably always makes an impression.

Known for his controversial one-liners, books and TV shows, Jimmy Carr began his career in 2000, following his dream of being a comedian by performing in small local gigs. The rest is history, and he has been performing and sharing his taboo opinions in various forms ever since.

Jimmy has enjoyed a varied career alongside his successful stand-up routines, he is also a seasoned TV Host. TV shows such as Distraction, Your Face or Mine?, The Big Fat Quiz of the Year, 8 Out of Cats Does Countdown, A Comedy Roast and 10 O’Clock Live are all prominent on his showbiz CV. Not to mention lots of infamous guest appearances such as on Top Gear when he was branded “the worst driver we’ve ever had,” by mysterious star The Stig.

Prepare yourself for jokes about all kinds of terrible things that may have affected you or the people you know and love. Sunday 21 May will be an unforgettable night for comedy fans, so don’t miss out. Remember, Jimmy Carr compared having political correctness at a comedy show with having health and safety at a rodeo, so this isn’t a show for the faint hearted - you’ve been warned…now go buy a ticket.

Tickets are on sale now and can be purchased on the Derby LIVE website, at the Sales and Information Centre Riverside Chambers, Full Street, Derby, DE1 3AF, or by calling 01332 255 800. Derby Arena event parking is £5, cash only.