A busy year for the Youth Mayor 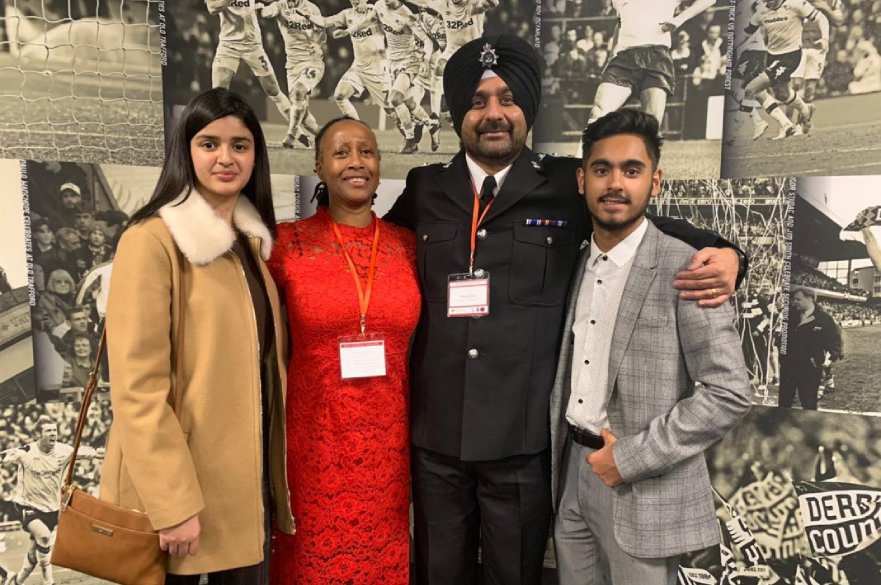 It’s been quite a few months for the Youth Mayor, Abdul Siddiqi and Deputy Youth Mayor, Gagandeep Kaur so we asked them to tell us about a few highlights.

In early June of this year, myself & Gagandeep attended the Derby Barrio Fiesta; A traditional Filipino Festival and were invited to be a part of the special guest judge panel for the Traditional Filipino Pageant Show, with contestants no older than 10 performing a range of talents! The hospitality was immense and it was amazing to see the vast amount of people that showed up as well as the different aspects of culture which we may not often be exposed to.

In July earlier this year, I attended the Derby Eagle Awards; Derby’s own version of the Oscars. I was honoured to be the presenter of the Young Person Award; “The Judges Award for Best Contribution by a Young Person”. All the nominees were amazing and the winner was Isla Powel from the St Nicholas Players!

In early October, I was invited to present the Junior Sports Award held at Derby City Council House. It was a great honour, and a big congratulations to all the winners as well as nominees! Simeon Perry won Junior Sportsman of the year. The 16 year old basketballer is going incredibly far, being selected for the GB Basketball Team! He’s an inspiration to all young people across the city, showing that with determination and perseverance you can make it!

In October, Gagandeep and I were invited for the Legal Service held by Lord Burlington, the High Sheriff of Derbyshire.  He’s been very supportive and took the time to introduce us to a whole range of people, notably getting us in touch with the University of Derby to share our views on social mobility and how we can help tackle it.

We were also lucky enough to be invited to Toyota, to see what the company is doing for the environment first-hand. The company ethos is amazing and the contribution from every individual member of the company has a massive impact. Toyota’s biodiversity programme and nature reserve are genuinely beautiful ways to give back to the community and do their part for the planet. Always striving to be more carbon efficient, can’t wait to see Toyota UK reach their goal for 2050; already ahead of track! Big thanks to the team for taking their time out of the day to provide us a full tour & presentation.

Finally, a real highlight was being invited to address the National Black Police Association conference. Officers from across the country, and abroad, came to Derby for the three day event.

Here we met Police Officer Rani Gundhu of the West Midlands the longest serving female officer of the force.  She is a true inspiration and a real role-model especially those who come from minority ethnic backgrounds. It was a true honour to be able talk to her about her experiences over the course of her career.

The President of Canada’s Association of Black Law Enforcers; Jackie Edwards was also invited to attend and it a blessing to be able to have the opportunity to spend the some time with her and to hear her talk about inclusion.

It was a true honour to speak in front of over 300 delegates and to be awarded a certificate by ITV Presenter Sameena Ali-Khan, who was hosting the evening.

I’d like to say a big thank you to Theresa Peltier, who made it all possible.

It’s been a fantastic few months and an amazing year. I hope 2020 will be just as rewarding.