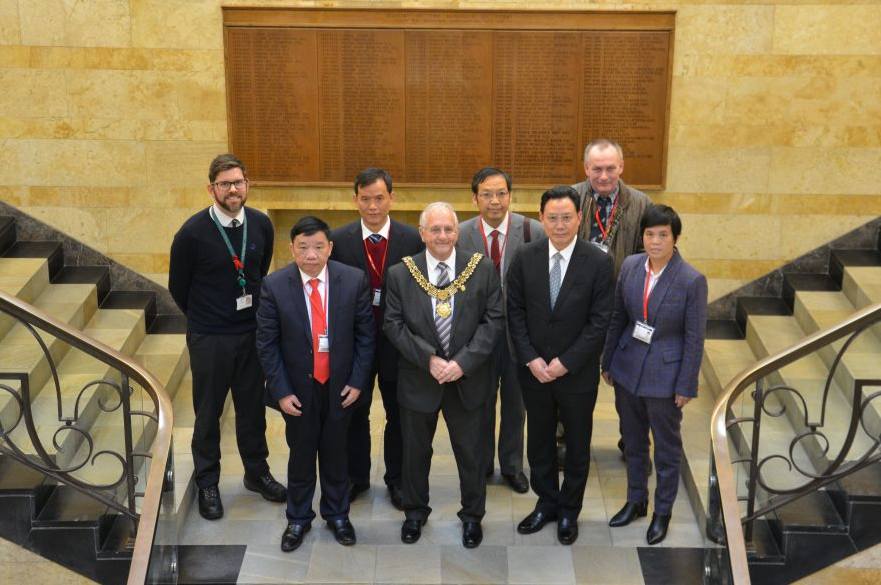 Two groups of agriculture officials travelled from China to learn more about how Derby City Council uses and maintains the city’s rural and parkland.

The groups, from two different provinces in China, visited the city to understand how we farm and manage the land we own.

A delegation of local agriculture officials from Hunan province visited on Wednesday 11th December and a second group, from Shaanxi province – home of the Terracotta Warriors, visited on Tuesday 17th December and met with the Leader of the Council, Chris Poulter, Cllr Mick Barker and Cllr Robin Wood.

They heard presentations, from Mark Ekin, Agriculture and Countryside Coordinator at Derby College on British farming, and another from David Winslow, Community Parks Officer for Derby City Council on wildlife and farming on Council-owned parks.

As part of the visit, the groups met with the Mayor of Derby City Council, Cllr Frank Harwood and had a tour of Mayors Parlour.

It’s fantastic that we can share learning and make these connections with these delegations who have taken the time to travel from China to our city. Our visitors were staying, eating and getting to know Derby and helping to contribute to the visitor economy now, but also long term, through increased awareness of our economic profile and visitor offer.

This visit is part of Derby’s commitment to boost trade and tourism between Derby and China.