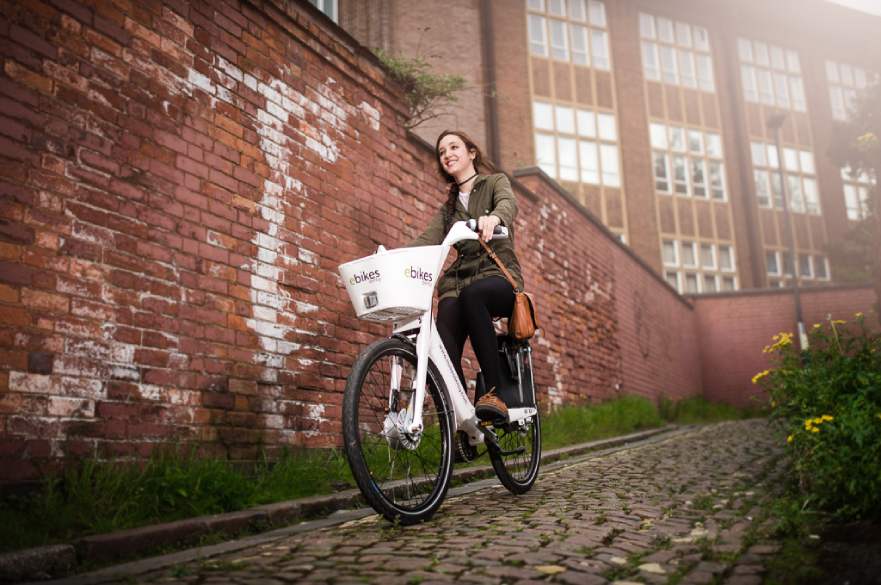 Derby’s electric bicycle scheme is to close, as the recent surge of unprecedented vandalism and increasing costs have made it commercially unviable for the operator.

The scheme introduced at the end of June 2018, exceeded all expectations, and saw over 7,000 riders travel 150,000 miles in total since the launch.

Whilst the general level of vandalism had been much less than other schemes have experienced, due to the recent systematic vandalism carried out in April and May by a group of offenders, more than 67% of the e-bikes fleet became inactive, and the estimated costs of repairs was significant.  As a direct result, and coupled with changes in the industry, Hourbike – a UK-based company has struggled to cover the maintenance and operational costs, and the scheme is no longer financially sustainable.

This decision unfortunately means that, at the present time, there will no longer be a cycle scheme provision in Derby. I’m extremely disappointed that such a successful scheme with high demand has had to close. However, Derby City Council is committed to a scheme of this type that encourages more people to cycle and be active, which in turn improves the quality of air in our city and reduces congestion. Moving forward in the short term, we will continue to work with our partner, the University of Derby to review lessons learnt from the ebike scheme. Alongside this we are already starting the process of investigating and considering all possible options for a bigger and more ambitious scheme to be launched in the future.

It’s with great regret that the e-bikes Derby electric bike share scheme has to close. Until spring this year, the scheme had been incredibly popular and successful with students, commuters and residents across Derby. However, after the recent spate of intensive and aggressive vandalism targeting our e-bikes, Hourbike cannot financially afford to sustain the scheme going forward, the costs of repair are too significant. We would like to extend a big thank you to the people and businesses of Derby who made the scheme such a success.

Carl Longworth, Director of Estates at the University of Derby, an investor and key partner in the scheme, said:

The closure of the e-bikes Derby bike share scheme is very disappointing for the university and the city, and that the targeted spate of vandalism has resulted in this very popular and well used scheme no longer being available for students. The university were a key partner in the scheme as it recognised the benefits cycling as a form of sustainable travel for students, not only; between academic sites and accommodation, but as a link between the university and the city. The scheme was innovative in its approach, by offering students and staff not only a bike share system, but one which was electric, which provided the opportunity for all cycling abilities to use the scheme. The university is still keen to partner with the City Council on any future projects and initiatives involving increasing sustainable travel and transport options. The high usage of e-bikes Derby by the students has demonstrated that there is a demand for a service such as this, and that students engage with new and exciting technologies within the city. The university is committed to reducing its impact on the local environment and helping the council to fulfil its objectives in improving air quality within the city.

200 electric bikes, provided by US-based Social Bicycles, were introduced at 30 hubs across the city after the city council was successful in bidding for £450,000 of capital funding from the D2N2 Local Enterprise Partnership, with a contribution from the University of Derby.