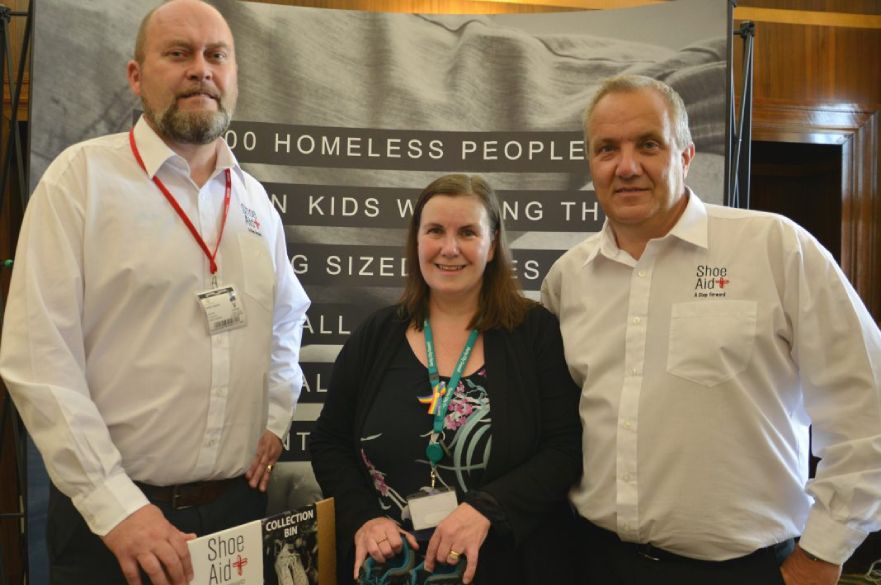 Shoe Aid was launched in 2010 to reduce global footwear waste

Derby City Council, led by Cllr Evonne Williams, Cabinet Member for Children and Young People are proud to support the launch of Shoe Aid in Derby.

Shoe Aid was launched in 2010 to reduce global footwear waste with the aim of helping the millions of children in footwear poverty in the UK. This means that around 4 million children in the UK are wearing wrong-size shoes and/or shoes that are inadequate for their needs.

Currently around two million shoes a week are taken to landfill in the UK alone so there are enormous environmental benefits to the project too.

In Derby, we aim to put donation points in every school in the hope that children and their parents and carers will donate their old ‘fit for purpose’ shoes.  They might be for kids who can’t afford school shoes or football boots, jobseekers who need smart shoes for interviews, women fleeing domestic violence who want to feel themselves again by wearing high heels or for children abroad with nothing at all. There’s also an education pack for schools to teach children about Foot Poverty.

Shoe Aid also work with the footwear industry to take old stock and we’ll be encouraging our traders to sign up.

This is the first of its kind in the UK and will go a long way to helping Derby reduce the volume of waste we send to landfill.

Council colleagues will also be encourage to take part with bins being stationed in the Council House and other Council offices.

This is a great idea and I’m delighted to be involved. The more we can do to help the environment and those less fortunate than ourselves can only be a positive. I hope all the schools in the city come on board and we can really make a difference to people’s lives.