Young abuse victims turn to song to confront past experiences 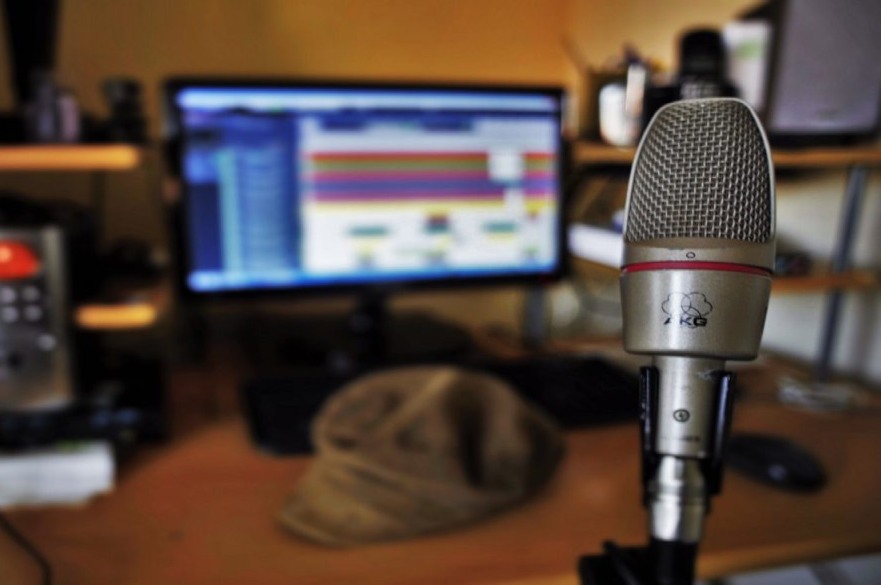 Derbyshire Police and Crime Commissioner Hardyal Dhindsa has praised the achievements of a group of teenagers who have produced and written songs as part of their recovery from sexual abuse.

The Commissioner met the young victims and their families alongside multiagency support workers at Force HQ in Ripley as part of a celebration of the ground-breaking Sound Sense Project, which he supported with Ministry of Justice funding.

The project, delivered by SCN Media Ltd, worked with 10 teenagers aged between 13 and 17 who are currently accessing professional support services to help them cope with their experiences of childhood abuse.

The project, which has culminated in the production of a new CD titled ‘Sometimes Safer’, encouraged the young people to creatively document their emotions and tell of the impact of the past abuse on their lives through the medium of song and music.

Participants took part in creative writing sessions and used computer technology to inspire and create music. SCN Media encouraged those involved to deal with those emotions in a positive way. The lyrics on the album have all been penned by the participants using a variety of music genres ranging from rap to classical to convey them.

The music and lyrics are powerful reminders of the long-lasting impact of abuse and how brave and creative children can be to reconcile those feelings.

In total, 18 sessions lasting 2.5 hours were delivered during a four-month period in Chesterfield, Derby and Derbyshire. Participants also received emotional support throughout the project from therapeutic workers including those from sexual exploitation support charity Safe and Sound and SV2 (Supporting Victims of Sexual Violence).   A child protection manager from Derby City Council was also at every session to support and deal with any further disclosures made.

As a result of the project, six tracks have been produced which are included on a new CD as well as being released on YouTube in celebration of the young people’s achievements.

Mr Dhindsa said: “I’m very proud of everyone involved in this project from the volunteers and support workers through to the talented young song writers and their families.

“It is incredibly painful to revisit traumatic experiences from the past. Music and song have enabled these young people to open up and communicate in a positive and safe way to enhance the healing process and I’m pleased they have so readily grasped this opportunity.

“I’m very grateful to all the young victims who took part in Sound Sense and would like to praise their courage and bravery. This project has certainly been a two-way learning process and has highlighted once again the value in sharing experiences and using creativity to address emotional pain.”

The project was delivered across a number of venues including Superbee Community Studio in Ollerton, Deda Theatre in Derby, Donut Creative Arts Centre in Chesterﬁeld and The Kedleston Road Training Centre in Derby.

Tracks included ‘Sometimes Safer’, ‘Walk in My Shoes’ and ‘Little Robin and an oak’.

The project has been credited with helping to reduce feelings of low mood and anxiety among the group, boost confidence and increasing the ability to trust.

Feedback shows the project has improved the young people’s coping mechanisms and provided a therapeutic outlet for buried or repressed feelings, with many reporting it as a cathartic experience.

Each participant had a unique and moving story around their recovery journey including living with anxiety, depression, withdrawal from social activities and day-to-day living.

The Sound Sense Project has provided a really valuable outlet for these young people, who have undergone such traumatic experiences. I’m looking forward to listening to the songs. I’m very grateful to our dedicated Child Protection team who supported the young people throughout, what I’m sure, was a very emotionally difficult process.