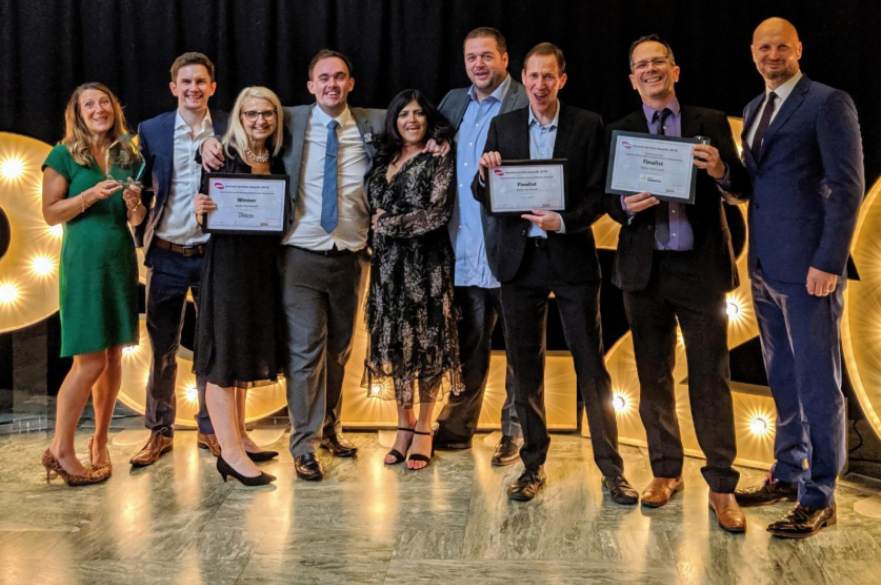 This month, members of Derby City Council’s Highways, Livewell and D2EE project teams headed to Newcastle as finalists in a number of categories at the Association for Public Service Excellence (APSE) Awards.

The APSE awards are designed to recognise excellence in local government frontline services across the UK.  They showcase the very best examples of service provision, new initiatives and personal commitment.

The Council’s Livewell team were awarded Best Health and Wellbeing Initiative in the UK for its innovative contribution in helping improve wellbeing in Derby.

The service offers free lifestyle programmes to help adults and children manage their weight, stop smoking, get fitter and improve their overall wellbeing. The 12-month programmes combine one to one and group support with fun activities and educational workshops to help families to change their lifestyles for the better.

Since 2013, over 15,000 people have been supported to transform their lives thanks to Livewell’s innovative behaviour change model.

Livewell was also accredited by Royal Society for Public Health (RSPH) for its Lose Weight Feel Great course and won two awards at Active Derbyshire’s Towards an Active Derbyshire Awards 2019. The team along with clients and volunteers were finalists in five of the eight categories.

This is a fantastic reward for a fabulous service. I am very proud of all the team for their efforts this year and all the years building up to this recognition. I hear so many inspiring stories from people whose lives have been transformed by the dedicated work of the team and volunteers and long may it continue. The Highways team were also nominated in the Best Service Team of the Year category for Highways, Winter Maintenance & Street Lighting, and our D2EE project for Best Renewable Energy or Energy Efficiency Initiative. The Highways team have been specifically recognised for their successful implementation of ‘Well Managed Highway Infrastructure Code of Practice: October 2016.

The Highways team were also nominated in the Best Service Team of the Year category for Highways, Winter Maintenance & Street Lighting, and our D2EE project for Best Renewable Energy or Energy Efficiency Initiative.

The Highways team have been specifically recognised for their successful implementation of ‘Well Managed Highway Infrastructure Code of Practice: October 2016’.

The Code of Practice is not mandatory, however in 2016 Local Authorities were challenged to implement it within two years and the Highways team took on the challenge and developed and introduced a risk-based approach to how they inspect and repair the network, taking proposals to Cabinet in October 2018 and receiving cross party support.

The team also worked hard on a change management programme, bringing colleagues and teams along with them to ensure it was seen as a positive development that would help them in their roles.

This is a fantastic achievement for our Highways team to be shortlisted in this year’s APSE Awards. I’m really proud of the team and improvements that we’ve made over the past two years. The work the team do is vital to help keep Derby’s network safe and moving in the future. They go above and beyond and it’s wonderful for their hard work to be recognised in this way.