Made in Derby stars unveiled! 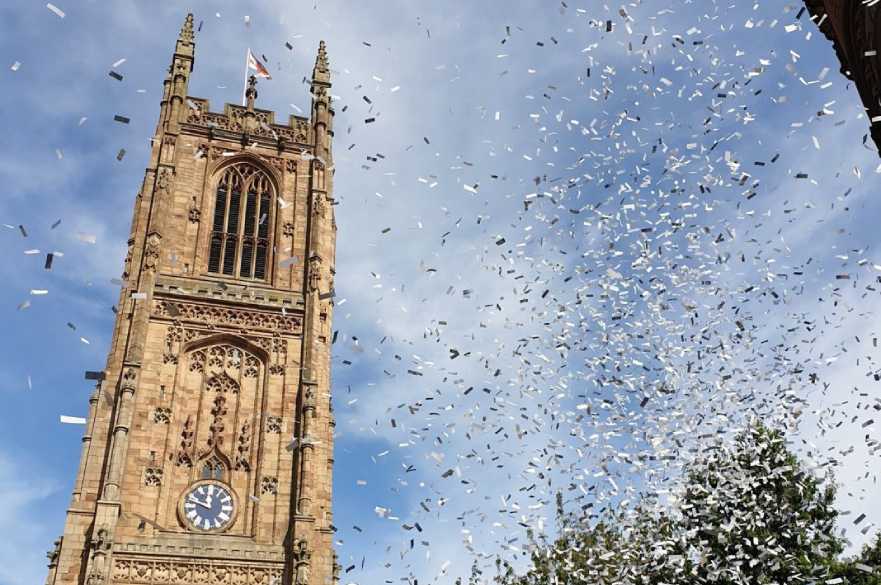 Ten new stars have joined the second phase of the popular Made in Derby interactive walk. The new mosaic plaques were unveiled in the Market Place and Iron Gate on Saturday morning (14th September).

The stars we’re unveiled by Mayor of the City of Derby, Councillor Frank Harwood and the family and friends of the honoured Derbeians.

Karam Singh, British break dancing World Champion, was the first person announced as part of the project. He provided entertainment on the morning with his Derby based dance troop, the Trinity Warriors, who we’re featured on Sky 1’s Got to Dance.

The stars are a partnership between Derby City Council, with funding from the D2N2 Local Enterprise Partnership and support from the Cathedral Quarter BID and the Derby Telegraph.

They make a trail across the city and are a collection of mosaic and cast iron plaques that celebrate the lives of people who have had a huge impact on the city. Each plaque can be brought to life via augmented reality, by using the “Made in Derby” app on a smartphone. The plaques were designed and created by artist Tim Clapcott with the augmented reality designed and created by Arnold Pollock.

The newest additions to the Made in Derby project are:

The stars have joined the original ten plaques that are situated on Albion Street and Exchange Street in Derby city centre.

The first phase of Made in Derby was launched in May 2018 to honour some of the city’s most outstanding citizens and to celebrate the city’s heritage.

The first ten Derby stars to have their names etched into the stars in the city were:

We’re delighted to announce the ten new stars who’ve each made an impact to the history of our city.

Made in Derby is a fantastic scheme and we’re thrilled to honour some well-known faces from the world of entertainment, industry, science and sport, with all having made a significant contribution in their chosen fields. The stars add something really special to our streets and the unique concept of using augmented reality is a great way to engage with our citizens and visitors in the city centre.