Christmas Cheer spreads across the city 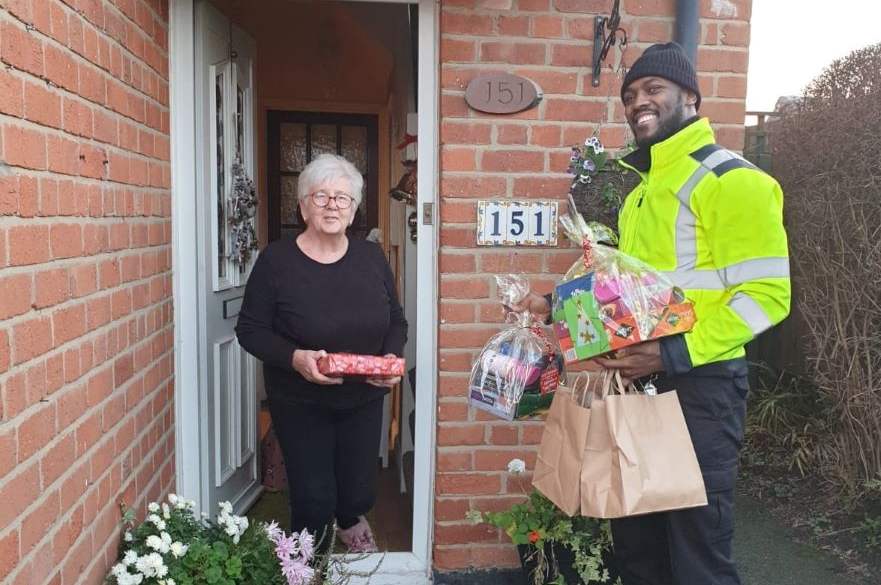 On Monday, dozens of volunteers joined organisers and partners to start the distribution of 850 meals across the city to some of Derby’s most lonely and vulnerable residents.

With mass gatherings not possible this year, plans for Christmas parties had to be put on hold, so the Neighbourhoods team at Derby City Council set out to find another way to spread some Christmas cheer to the many residents who would usually be invited to a ward Christmas dinner.

Working with a number of other organisations, including Derby County Football Club, the Food 4 Thought Alliance and Derby College the team arranged for meals to be delivered to around 50 homes in each of Derby’s 17 wards.

As well as the three-course Christmas meal, each resident will also be given a card, a small hamper, access to online entertainment packages, craft packs and a series of safety information leaflets.

On Monday, starting from Pride Park stadium, 192 meals were delivered across 3 wards, and the remaining meals will be delivered throughout the rest of the week.

The team also installed 35, 11ft tall Christmas trees all across the city and invited residents, schools and community groups to take ownership of the trees and to decorate them. The trees were placed in planters created by Engineered Learning, who work with at risk or excluded young people. 30 tonnes of free compost was provided by Vital Earth and the Councils own Grounds Maintenance team put up the trees at the start of December.

This is a wonderful piece of community work, which is what we’re all about. I’m delighted to be have been able to come along and play a small part in helping out.

We don’t like to think of anyone being lonely at Christmas, and this year it’s even more difficult for some, so it’s great that ourselves and so many others have worked hard and given up their time to support this project and to spread a bit of cheer around the city.