Call on government to spurn HS2 ‘station on the cheap’ 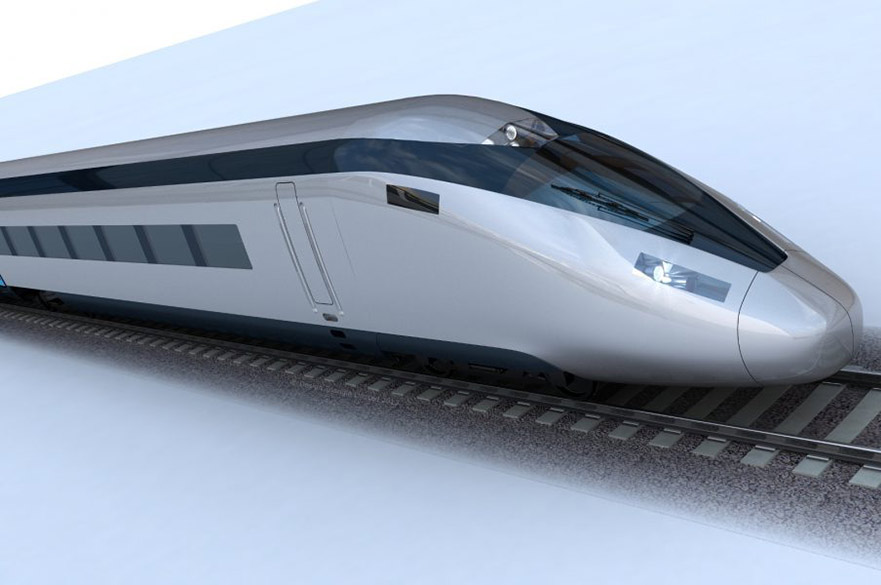 Political and business leaders from across the East Midlands have reacted angrily to proposals suggesting the region’s HS2 connection to Birmingham and the North could be drastically scaled back.

The National Infrastructure Commission’s Rail Needs Assessment Plan comes ahead of the Government’s announcements about how and where it will fund major rail investments aimed at helping the UK recover from Covid and create jobs across the country.

Regional leaders in the Midlands and the North have spent the past five years developing detailed plans which use HS2’s arrival at Toton and Chesterfield as the centrepiece of a joined-up economic growth strategy which would create thousands of jobs and transform rail connections between the East Midlands, Birmingham, Leeds, the North East and Scotland.

But the NIC has tabled ideas which include a proposal for the HS2 line to terminate at East Midlands Parkway – a location dismissed as unworkable by feasibility studies – and put passengers back on to the old network if they want to travel further north.

Despite indicating that future rail connectivity could be scaled down in the Midlands, the NIC’s report appears to assume that the second stage of Crossrail in London - previously estimated to cost £27 billion - should go ahead.

Government will take the final decision on which option to choose in the East Midlands, with political and business leaders in the region now doubling down on their demands that it honours its commitment to build the station at Toton and deliver HS2 East in full.

Councillor Kay Cutts MBE, the Leader of Nottinghamshire County Council and Chair of the HS2 East Midlands Board, said:

“What the NIC is suggesting amounts to far more than just a change in station location. It is a fundamental scaling back of HS2 in the Midlands and Yorkshire.

“Parkway is in the middle of nowhere and was dismissed by feasibility studies for sound reasons: it is little-used, increases station costs, and returns less to the economy. It also reduces transport connections to our communities, to the rest of the Midlands and up into the North.

“No assessment of an historic investment in infrastructure should ignore the needs of a region now nor the prosperity of its people in the future. Yet we fear the NIC’s focus on upfront cost does just that.

“A clear understanding of the East Midlands economy would tell you that moving HS2 to Parkway is a poor deal for the region, and poor value for UK taxpayers.”

“We have spent years talking, planning and carrying out feasibility studies. In the wake of Covid, people want to see us get on and deliver

“Levelling-up should mean that the East Midlands is no longer going to be treated like the poor relation. So let’s see a positive decision from Government to build Toton and deliver HS2 East in full.”

The already-agreed HS2 Hub Station at Toton would be integrated with major development proposals for Toton and Chetwynd, which include the delivery of thousands of new homes, a ‘Garden of Innovation’ intended to attract knowledge-related jobs, and a detailed connectivity strategy which links more people to employment and opportunities.

It has also been built into proposals for an East Midlands Development Corporation, launched earlier this year by Midlands Engine Chairman Sir John Peace as an ambitious bid to transform the regional economy through the efficient delivery of a series of major, large-scale developments.

Sir Peter Soulsby, the City Mayor of Leicester and chair of Transport for the East Midlands, warned that the NIC’s proposal risked creating a situation similar to that seen at Ebbsfleet in Kent, where major development involving transport has fallen short of expectations.

“It makes no sense for a transformational transport project to end up at an isolated site that has never hit its passenger targets. The Parkway option would be another Ebbsfleet.

“A Hub station at Toton would deliver a transformational transport project for our region which properly connects our cities – providing a direct route between Leicester and Leeds, for example – opening up new business and growth between two great destinations.

“The ‘Access To Toton’ strategy which we launched earlier this year demonstrates just how we can use HS2 to unlock improved local transport across our region, again extending opportunities for employment and training for more local people.”

Councillor Chris Poulter, Leader of Derby City Council and a member of the East Midlands HS2 Executive Board, added:

“Our city is a world-class centre for rail engineering, and we have companies such as Rolls-Royce, Bombardier and Toyota. What industry wants to see is a commitment to HS2 East in full, not a station on the cheap which goes no further.

“Derby, Nottingham and Leicester together offer a unique opportunity for the Government’s recovery plans.”

Councillor Tricia Gilby, Leader of Chesterfield and Chair of the Chesterfield & Staveley Delivery Board, said:

“In Chesterfield and Staveley, the prospect of HS2 connectivity and the establishment of an infrastructure maintenance depot is already driving new development and investment that will benefit and bring hope to large areas of northern Derbyshire and Nottinghamshire that have suffered from years of industrial decline.

“Now is not the time to scale back HS2. We have worked with local business, landowners and communities on plans for major new development bringing hundreds of new jobs, and we have investors knocking at the door.

It makes no sense for the NIC to jeopardise all this potential at such a critical time for our economy, as we recover from Covid and prepare for Brexit. We owe it to future generations to deliver on the promise of growth that HS2 has provided.”

Elizabeth Fagan CBE, Chair of the D2N2 Local Enterprise Partnership, said the decision about HS2 would be an historic moment for the region:

“We strongly believe that HS2 delivered in full is a once-in-a-generation opportunity to boost investment, development and economic growth. HS2 would also be a catalyst for our collective ambition to a low carbon future.

“The East Midlands has a crucial role to play in the future economic recovery and growth of the UK, and this is dependant on improved infrastructure and connectivity.

“We know, for sound economic reasons, that the scale and ambition of this project would revolutionise the East Midlands, lifting and levelling-up our economy. It is critical that Toton and HS2 East is built in full.”

“We can see the difference a comprehensive integrated transport system makes to business competitiveness because we’ve got one in London. It’s time to build the same in the Midlands and the North.

“We have been working hard to make sure our world-class rail supply chain can benefit from Government investment in HS2 and ensure that local people have the right skills to access the opportunities that will flow.

“This is time for real ambition and for turning round the woeful under-investment in transport in the East Midlands. Levelling-up means we should not be treated second best again.”

Regional leaders are concerned because the NIC’s assessment does not appear to take into account the benefits of local growth strategies around Toton, Chesterfield and Staveley, Sheffield and Leeds. They claim it fails to understand the complex geography of the eastern leg and undervalues its economic benefits as a result.

The final decision on HS2 will be taken by Ministers early in the New Year through the Government’s Integrated Rail Plan for the North and the Midlands.