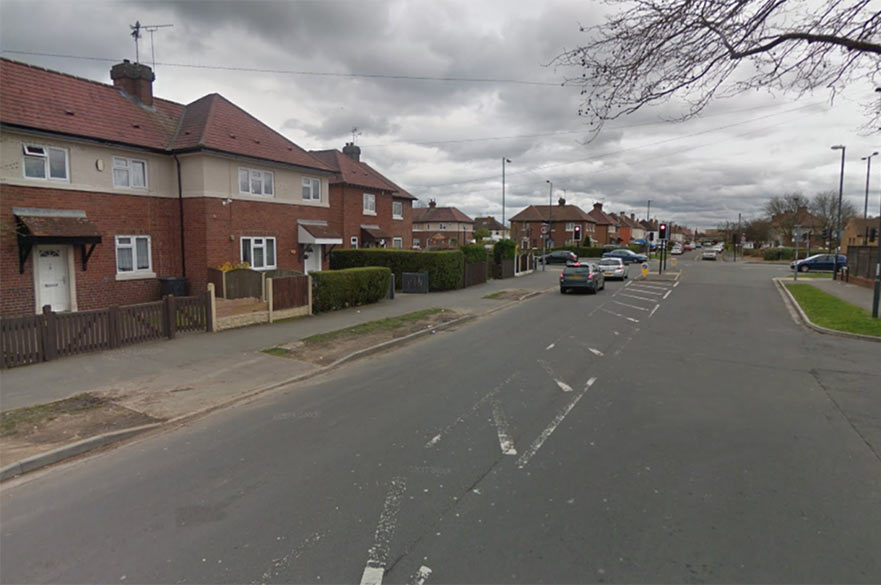 Officers from the Alvaston Safer Neighbourhood Team have been working closely to apply and gain a closure order on an house whose occupants were causing a ‘nightmare’ for the community.

The address on Coleman Street, Alvaston was occupied by a 49-year-old woman and her two sons aged 18 and 16 years but earlier today, Tuesday, 18 February, a closure order (Section 76 of the Anti-Social Behaviour, Crime and Policing Act 2014) was granted by magistrates at Southern Derbyshire Magistrates’ Court. This means the occupants must leave the house that will then be boarded up and remain empty for a period of three months.

The joint action was taken by Derbyshire Police and Derby City Council after a 9-month history of reported extensive anti-social behaviour, assaults, robberies, public order incidents, littering and intimidation centred around the house.

Sergeant Lauren Siddall, is in charge of the policing Safer Neighbourhood Team for the area, and explained:

We have all put a lot of work in to trying to address local residents complaints about the behaviour from and surrounding the occupants of this house. We have been told that living nearby has been a ‘nightmare’ for a considerable amount of time so we have been determined to put a stop to it. We really hoped that today’s court action would not be necessary but all of our efforts, up to this point, have failed to stop the complaints of the terrible behaviour. The action we have taken alongside Derby City Council shows that we will listen to resident’s concerns and take positive action to address them. The address will now be boarded-up and remain empty to provide breathing space for the nearby residents and we will be continuing the extra patrols to provide additional re-assurance.

This joint action to instigate a closure on this property is entirely warranted and proportionate. It has been carried out due to the high levels of anti-social behaviour and criminal activity associated to the address. It supports local residents who asked for our help and is a measure will use more often where needed.

During the three month period a number of options are available including re-possessing the property or applying for an extension if required.

The occupants have been signposted to homelessness support.

If you are experiencing similar issues in your community and would like to speak to your local Safer Neighbourhood team you can do so by contacting us using any of the following non-emergency contact methods:

Always use 999 in an emergency.