A Magical Year for Christmas Entertainment in Derby 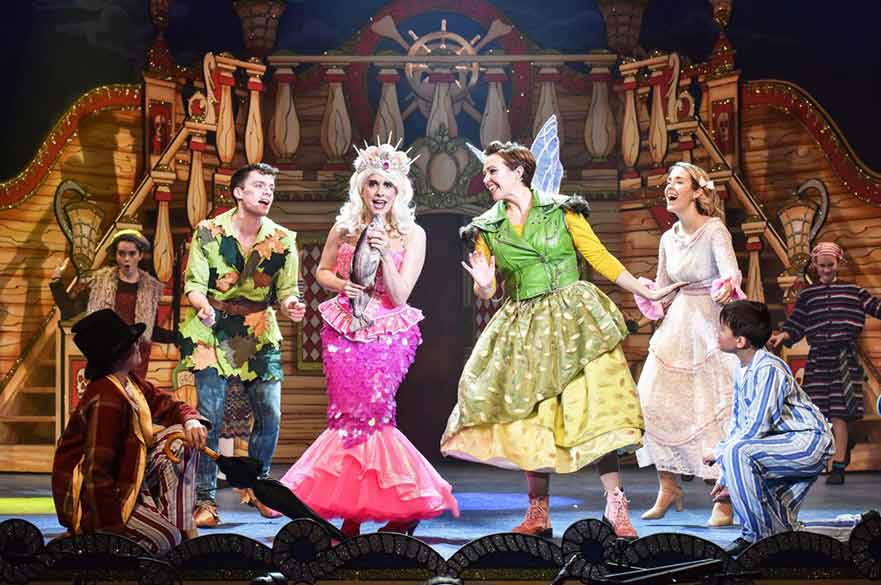 Christmas entertainment in Derby brought generations together, resulting in the best year yet for the pantomime at Derby Arena, and bringing Family Festivities and a children’s theatre show by Babbling Vagabonds to Markeaton Park.

Peter Pan’s talented cast included Emmerdale and Coronation Street’s Bill Ward as the evil Captain Hook, and Katrina Bryan from CBeebies’ Nina and the Neurons and Molly & Mack as the much loved Tinker Bell. Best Dame nominee and audience favourite Morgan Brind returned for a third year as Aunt Hilda, delighting the audience with his performance, jokes and costumes. More than 35,000 people went to see Peter Pan, a pantomime’s largest audience so far at the arena.

Peter Pan received exceptional reviews:
“Peter Pan is a panto that soars above the rest and has the arena buzzing with excitement from start to finish.” – Derbyshire Times

“Beautifully performed, and magical in every way… a show that upped the ante from scene-to-scene.” – Derby Telegraph

Thanks to a generous gift from the original Peter Pan author, JM Barrie, Great Ormond Street Hospital in London receives royalties every time the play is performed. Bucket collections after performances raised an additional £961 in total for GOSH.

At the start of the Christmas season, thousands joined in Family Festivities at Markeaton Park. The park’s Craft Village was at the centre of the fun, complete with a Christmas tree and performances from The Invisible Friends Choir, Derwent Valley Wind Band and Rolls Royce Brass Band. There was a craft fair and gift-making workshops for children and adults at the Craft Village. Even the family dog was included, with a special Santa’s Grotto for our canine friends run by The Night Bus cafe.

Due to November’s flooding, the Rainbows Hospice Santa Dash relocated to Markeaton Park, joining the Derby and Burton Hospitals Charity’s annual Jingle Jog. The result was 1,100 runners, all dressed as Santa, raising money in the park.

Markeaton Park was also the venue for Babbling Vagabonds’ Christmas theatre show for
children, Brothers Grimm in The Night Before, the Night Before Christmas. Derby City Council worked with the group to secure the park’s Community Room as a venue for a new show, after the company had to cancel their original Guildhall Theatre production following the theatre’s further closure for additional works.

The hour long show ran from Wednesday to Saturday over two weeks in December. and was hugely enjoyed by reviewers and audiences alike:

“We were mesmerised and enchanted by the 2-man cast and their funny, animated way of captivating the audience through story, simple props and lighting.” – Boom Magazine

“Excellent show and I think very much enjoyed by the little ‘un, as it was being reenacted for days afterwards.” – Customer review