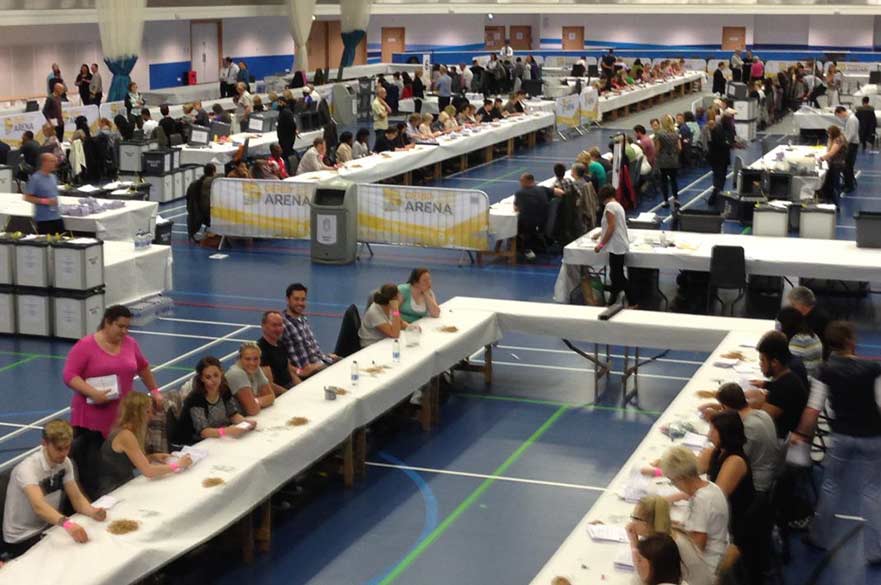 Derby City Council is to ask the residents and businesses of Derby for their views on how the city runs its elections.

Local elections are currently held three times in every four years, with a 17 of the 51 council seats contested at each election. This is known as the 'Elections by Thirds' model.

We are considering adopting a 'Whole Council Elections' model, whereby one Local Election would be held every four years where all 51 seats are contested. There would be no other Local Elections during the intervening period, unless a by-election was required for a councillor resignation, retirement or other reason. This would begin in 2022.

The council did previously consult on adopting this system in 2016 and despite public support, the motion did not receive the necessary two-thirds backing of councillors.

However, since 2016, the council has changed significantly with entirely different political and administrative leadership. As a result, a resolution was made by councillors in November 2019 to revisit the decision.

As next year is a 'fallow year' under our current model, Local Elections will not be held in 2021. This makes 2020 a good time for this change to be considered. Should councillors approve the switch the 2020 Local Elections will take place as normal, in May, under the election by thirds system and then the Political Parties and the Council would have two years to prepare for our first 'Whole Council Election' in 2022.

There are 55 Unitary Authorities like Derby in England and the city is one of 17 which currently uses the elections by thirds model, whilst the remaining 38 councils use the whole council elections model.

We would like to hear the views of everyone who lives in Derby on whether you support changing to a 'Whole Council Elections' model or you would prefer us to keep our current 'Elections by Thirds' model.

This consultation will be open for residents and businesses to have their say until Monday 23rd March 2020. Responses will be used to help councillors decide whether to continue using the current model or to introduce the new model. There will be a special Council meeting to consider the proposal and if at this meeting a two-thirds majority of councillors support a change to the election cycle, the motion will be passed and we will move to four yearly 'Whole Council Elections'.

If the Council opted to change to 'Whole Council Elections', these would take place in 2022 and every four years after that. If the current system is retained, there would be a 'fallow' year without elections in 2021 followed by elections in 2022, 2023 and 2024.

With so much change in the Council in the last four years it's a good opportunity for us to visit this proposal again with no election next year. There are of course advantages and disadvantages in both models and it's important for us to hear what the residents of Derby want before we move forward with any changes.