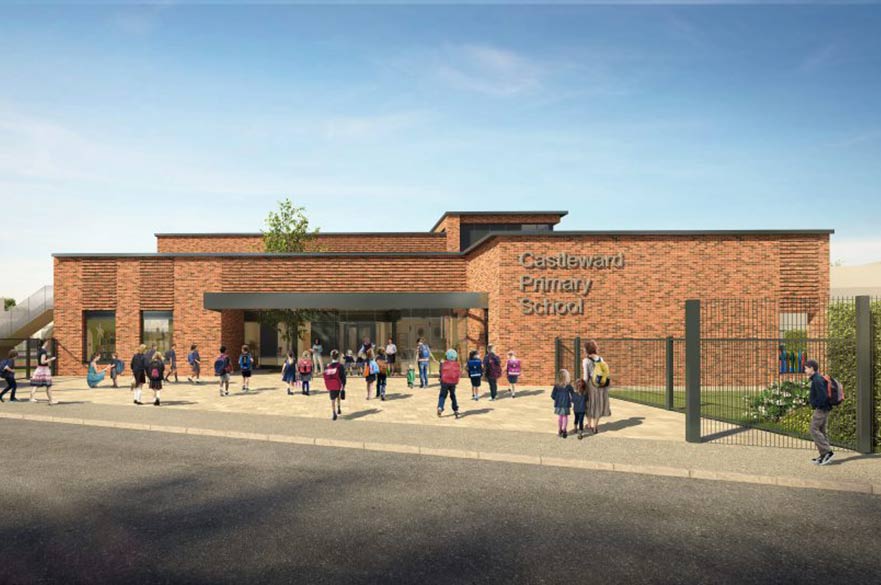 Funding will deliver a new primary and nursery school as part of Derby City development.

D2N2 has approved an investment of £1.5m from its Local Growth Fund allocation into the Castleward Urban Village.

The Local Growth Fund enables D2N2, the Local Enterprise Partnership for Derby, Derbyshire, Nottingham, and Nottinghamshire, to invest in projects that benefit the local area and economy, supporting greater numbers of jobs, homes, and learners.

The funding will go towards the construction of a primary and nursery school for families moving into the new development as well as those in the neighbouring development built upon the former Derby Royal Infirmary site.

To help cover the funding gap, the school also received a further £4.5m of external funding from Homes England’s Housing Infrastructure Fund. The facility will have capacity for over 300 primary school children, aged between five and 11 and with an onsite nursery with 39 places for pre-school children.

The school will serve the new homes being built as part of the urban village and the local community. Subject to the successful appointment of an Academy Trust provider, the school aims to be welcoming its first pupils in September 2021. Work on the wider Castleward Urban Village has been underway since 2013.

Compendium Living, which is delivering the Castleward project in partnership with Derby City Council and Homes England, has successfully completed the delivery of 164 new homes and 12 commercial units – with the overall development delivering 672 more city centre homes, upon its completion.

The Castleward development and Derby Royal Infirmary development are priority projects for Derby City Council and part of its wider City Centre Masterplan.

The regeneration of the Castleward is a priority project for Derby City Council and is part of the wider City Centre Masterplan.

The funding for the Castleward Urban Village follows similar awards from D2N2 for infrastructure projects that benefit Derby residents including Becketwell scheme, the Museum of Making, and the Our City Our River flood defence scheme worth a combined £23.8m.

The Castleward development will add much needed housing stock to Derby, changing the face of the city and enhancing its reputation as a place to live, work, and learn. D2N2 is pleased to be able to make this investment, especially in the current climate of economic uncertainty brought about by the pandemic, into the city of Derby as it takes further steps towards recovery.

We’re delighted that work is commencing to create a new inner-city school within the Castleward Urban Village development. The new school will not only provide brand new facilities for the children living in the new Urban Village but also support the surrounding developments around it, whilst creating a new community in the heart of the city. The regeneration at Castleward showcases our ongoing transformation and commitment to our City Centre Masterplan to build 1,900 new housing units by 2030. We’d like to thank the D2N2 for their support and investment throughout the Castleward development and the creation of this new school.