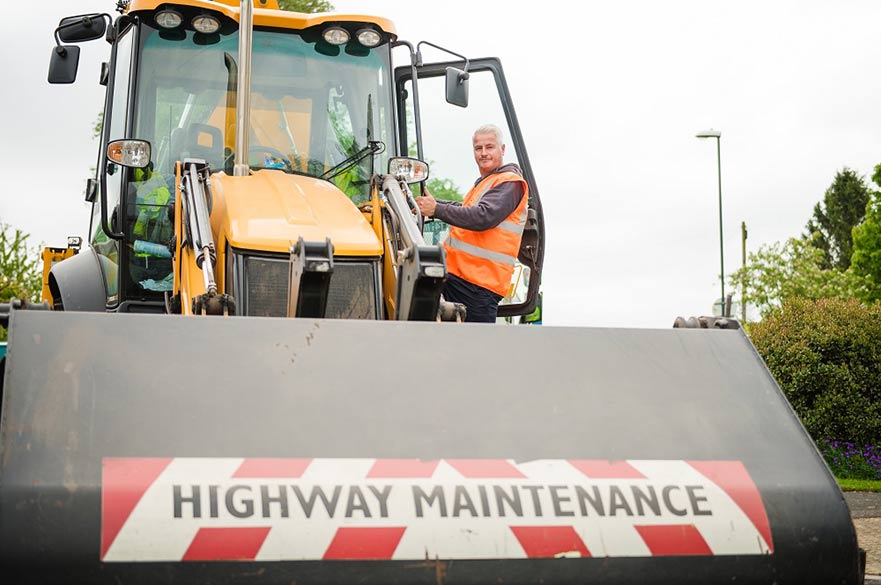 Earlier this year, a new piece of high-tech equipment arrived at Stores Road. The Multihog was purchased as part of the £9m investment in Highways and it’s already transforming roads across the city.

One of the key aspects of the additional investment into the Council’s Highways team was to ensure that work could be carried out more efficiently and effectively and more work could be carried out in-house rather than out-sourcing work to contractors. The Multihog (named Hogzilla by Council staff) has enabled this and it has already surfaced 7,239m² of roads at 16 different locations around the city since April.

One of the first jobs Hogzilla helped the team complete was resurfacing Greyburn Avenue and Langley Road in Spondon. The road had been patched a number of times but with the help of Hogzilla, the team was able to completely resurface the road in just four days.

But the Swiss Army Knife style vehicle can be used for more than just resurfacing! It can also be transformed into a gritter, high pressure water pump and more besides.

When we announced the additional funding for Highways we were clear that it was about more than just fixing roads. We wanted to invest in the teams who work on the frontline and the tool available to help them do their jobs. The Multihog has been a fantastic investment and it’s impact is being felt beneath tyres across the city!