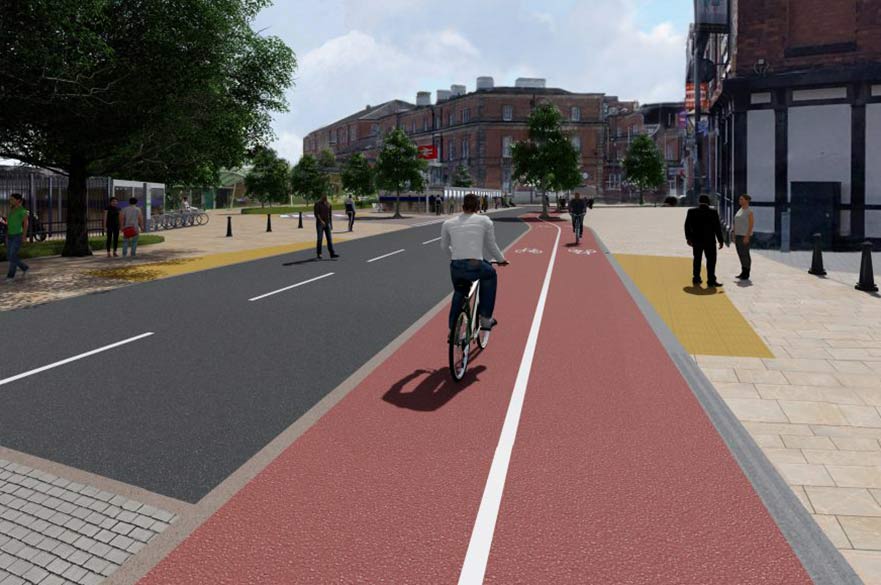 Derby and Nottingham have received £161m for transport improvements – the only bid to receive the full amount requested from the Department of Transport.

Confirmed in the Chancellor’s Budget on Wednesday (March 11th), the new funding will have a major impact on connectivity between Derby and Nottingham, focusing on four main areas:

These schemes will build on the first phase of the scheme which saw £8m shared between the two cities to kick-start transport projects including:

The Council has been determined to make this a truly ambitious bid, demonstrating that Derby is ready to transform transport across the city area and enhance the links between Derby and Nottingham, and we are absolutely delighted to have received the full amount of £161million. The economic benefits will be huge for both cities because this level of investment offers us the opportunity to implement some really exciting changes, bringing mass transit to the city, and creating public transport innovations and transport experiences. A key part of the proposals, for example, is a dramatic expansion of sustainable travel options. These include a network of cycle lanes and an improved environment to encourage walking. The overarching ambition is to radically improve the connections between where people live and work, and provide better access to employment and training. As part of our commitment to climate change and improving air quality across our city, we have designed our programme to deliver significant reductions in emissions, encourage a more active and healthier population, and to support inward investment and regeneration projects.

We’re absolutely delighted that our bid for £161m has been confirmed – the only one to get the full amount from the Department for Transport. This shows that this was a high quality bid, with a range of transformative transport schemes which the Government has confidence we will deliver. This will provide a significant and much-need boost to connectivity between the two cities, improving access to jobs. These projects are about supporting growth in a sustainable way by improving public transport and active travel links. This will mean real change for Nottingham and a major transformation for the Broadmarsh area. We will create a fantastic new gateway to the city welcoming people from the station. This involves overhauling the current area for the better, from four lanes of stop-start traffic into a world-class pedestrian space for people to work, relax and play in. It will offer people a modern, flexible public space where families can enjoy spending time, while retaining the beautiful heritage of buildings along Carrington Street. The area will be accessed by great public transport links and deliver the sort of transformation cities like Nottingham should aspire to.