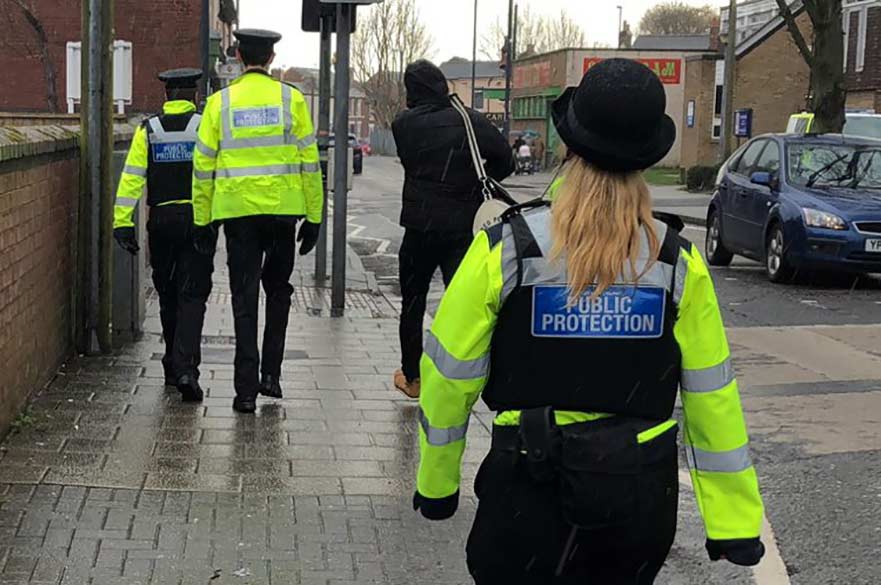 At the start of March a dumped sofa on Pastures Hill, Littleover was reported to Derby City Council by residents and our Public Protection Officers (PPO’s) went to the scene to investigate. The sofa was removed only to be replaced by a second the day after. A third sofa was then also dumped at the same location. On each occasion our PPO’s attended to recover evidence and marked up one sofa with enviro crime scene tape.

Dawn Gee and the ‘Carlisle Against Crime’ group offered up a reward for information generating press interest in the mysterious activity.

The preliminary investigation carried out by officers identified a potential culprit and over the course of several days one of our new recruits, Officer Nurkan Dogruel, was able to satisfactorily identify the individual responsible.

At 10.00pm on Tuesday 10th March the offender was caught in a sting operation and was questioned under caution.

The individual confessed to the offences, was very cooperative and posed no resistance to our prosecution. They were fined £400 for the offence and warned that any future offending behaviour would result in prosecution in court.

This has been a fantastic example of partnership and community working and we’d like to thank Dawn, Carlisle Against Crime and thank the residents for their support including the operation.

This operation was made possible by the expansion in the number of Public Protection Officers from 9 to 20. This expansion has allowed the team to cover weekends and evenings as well as attending more fly-tips and issues around the city.

In the coming weeks we’ll also be announcing a named officer for each ward, increasing connections with the community and perhaps more operations like this.

Cases like this prove to me that we were right to increase the numbers of PPO’s in the city. Having so many more officers out on the streets, in our neighbourhoods, and able to follow things through outside of regular office hours will massively improve our ability to get results like this. Keep up the good work.