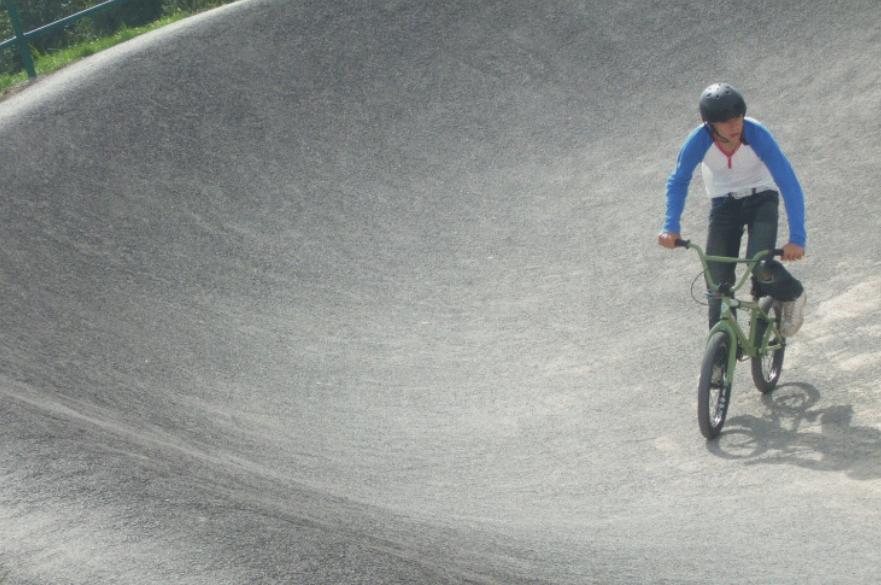 A successful bid by Derby City Council has won funding worth £24,800 from British Cycling to create a new BMX cycle track on the former BMX track at Osmaston Park.

The project has been devised by the council’s Parks, Active Living and Move More Derby teams, Derby Homes, and other local stakeholders after local users, who have formed the Ozzy Wheels club, approached the team for help in developing some new facilities. Consultation was carried out at an event on the park last year along with activities in nearby Osmaston Primary School.

British Cycling has awarded the project £24,822.40 from its Places To Ride capital grants programme, with a further 50% match funding coming from Derby City Council’s Housing Revenue Account Estates Pride Budget, which is managed by Derby Homes.

The local users of the track who have been involved from the beginning will help to design the final look of the track based on their ideas for different features and how they would like to ride the course.

Jay Plimmer, who heads up Ozzy Wheels, said three ideas had been put to the vote on social media, and the preferred option was for a track that was part dirt, part clay, and part tarmac, and could be used by BMX riders and skateboarders.
He said:

We came together to improve the track, and it’s all got a lot bigger than I thought it would. It’s brilliant.

What we want to see is a track that can be used by beginners and more experienced riders. We’ve got plenty of pump tracks and race tracks, but this is different, it’s about being up in the air and doing tricks. For facilities like that you have to go to Nottingham, so it’s great that the Council is allowing all this to happen.

This grant is fantastic news and the result of some hard work by the track users and different areas of the council. The track will be an asset to the area and something new for Derby. It’s great to see younger people getting active in a place that will be on the doorstep of the new Moorways Sports Village.

In next stage, three specialist contractors will be approached to bid for the work. Delivered through a unique partnership between British Cycling, the Department for Digital, Culture, Media & Sport (DCMS) and Sport England, the Places to Ride programme has made £15 million available to ensure a lasting legacy in England from the 2019 UCI Road World Championships. The championships took place in Yorkshire in September 2019.

As we enter the final period of allocating grants through the fund, we are incredibly proud to see how it has already enabled so many people from a range of backgrounds – regardless of age, gender, ability or ethnicity – to get involved with cycling.

Sport England is proud to be delivering, in partnership with British Cycling, the single biggest government investment into community cycling facilities the country has seen in recent years. The investment will provide more facilities such as tracks and bike centres, where people can ride confidently and safely as well as access to essential equipment they need to have a go.

For more information about Ozzy Wheels and the club’s involvement in the project, join the Ozzy Wheels Facebook Group.