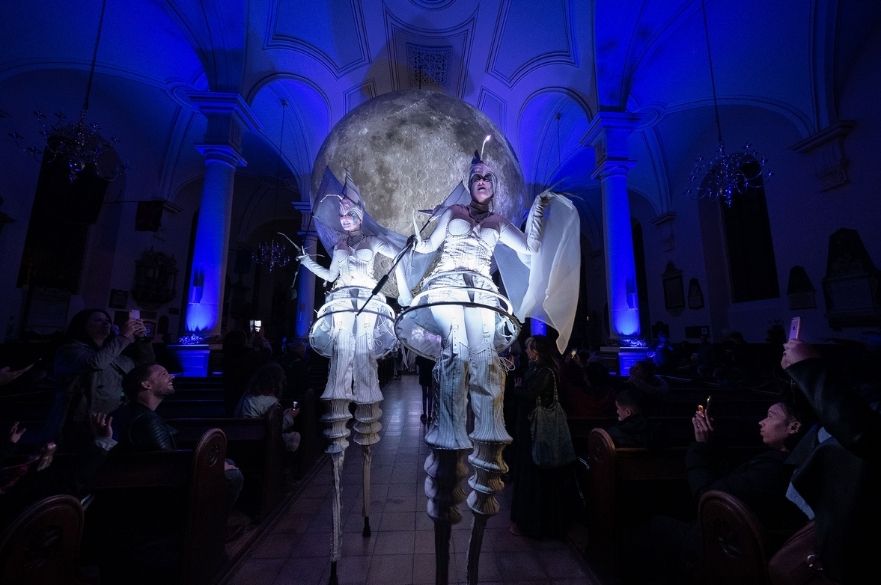 A record 20 places from across the UK have submitted an expression of interest to become the UK City of Culture 2025 - an all time high of entries for this prestigious competition.

Among the 20 entrants is Derby's own bid.

The competition, delivered by the Department for Digital, Culture, Media and Sport (DCMS) in collaboration with the devolved administrations, uses culture as a catalyst for levelling up areas outside London and putting new parts of the UK on the cultural map internationally.

Entrants have been tasked with proving that they can put culture at the heart of their plans to recover from the impact of the pandemic.

Regions and groups of towns have been encouraged to apply in this competition, with a number stepping forward from across the UK.

Bidding for the title in its own right has been shown to have a hugely positive impact on a place, for example previous longlisted bids have used the bidding process to bring together lasting local, national and international partners, share a vision for their area and attract investment.

To ensure as many places as possible across the country can take up this opportunity, DCMS are awarding grants of £40,000 to successful longlisted places for the first time to support their long applications.

The winner, which will be announced next year, will take on the baton from Coventry as the 2021 UK City of Culture and be at the centre of the UK’s cultural spotlight in 2025.

The benefits to the winner of the title are huge, attracting millions of visitors and investment and bringing communities together to showcase the place where they live to the country and the world.

Throughout the history of this competition the winning cities have always benefited from financial support to ensure the programme’s success and lasting legacy. Coventry has received over £15.5 million from the Government to directly support its year as UK City of Culture.

This record number of applications from all four corners of the country is testament to the huge success of City of Culture in generating investment, creating jobs and boosting local pride.

This prestigious prize creates a fantastic opportunity for towns and cities to build back better from the pandemic and I wish all bidders the very best of luck.

From Derry-Londonderry to Hull and Coventry it has been a difficult and rewarding challenge to select the next UK City of Culture, and the list of potential candidates for 2025 indicates that life in the immediate future is going to be even more challenging!

The three previous title holders have demonstrated the transformative and catalytic effect culture can bring about, even within places that have been ultimately unsuccessful but have gone on to develop collaborative and sustainable partnerships.

The list for 2025 also demonstrates the breadth of ambition, aspiration and innovation that exists from coast to coast and nation to nation across the UK and I am looking forward to that challenge of immersing myself once again in the UK’s rich seam of creativity.

The number of bids submitted, and the range of places they cover will make it a challenge for the judges but Team Derby is ready. We’re going into the next stage with a strong and well supported bid which builds on our heritage of creativity.

Coventry UK City of Culture 2021 is providing a blueprint for how culture can be at the heart of social and economic recovery. The city has already attracted over £100 million so far in capital investment to support cultural projects, such as Herbert Art Gallery and Museum, Coventry Cathedral and Belgrade Theatre, among many others.

City of Culture status also had a huge impact on Hull and Derry-Londonderry. Hull saw more than 5.3 million visits to over 2,800 events, cultural activities, installations and exhibitions. 75% of those who visited Hull in 2017 stated that it changed their perception of the city for the better and 9 out of 10 people in Hull thought that UK City of Culture had a positive impact on the city and more than nine-in-ten residents took part in at least one cultural activity.

The twenty bidders will be reduced to an initial long list of bidders in the coming weeks and then cut down further to a final shortlist in early 2022. The winner will be announced in May 2022.