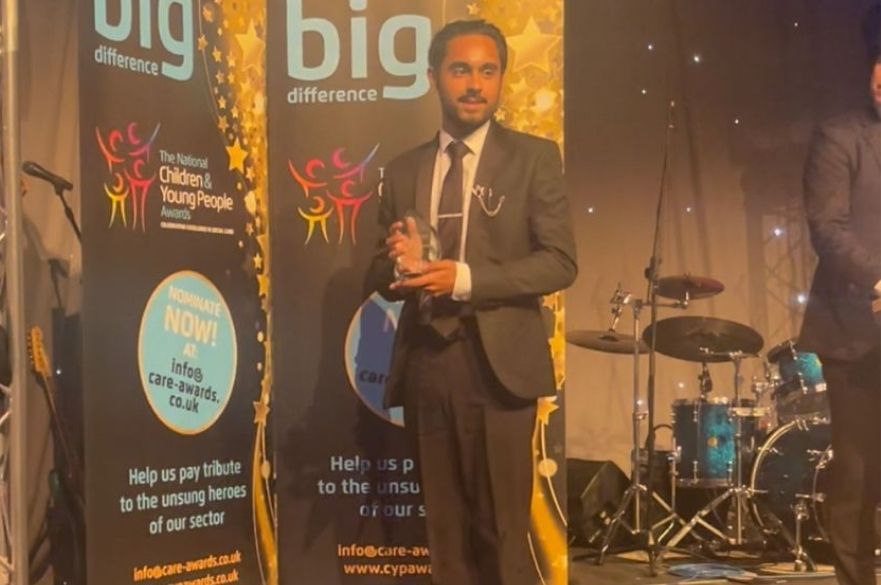 Abdul Siddiqi at the National Children and Young People awards

Derby’s former Youth Mayor, Abdul Siddiqi, has been named Children’s Champion in the National Children and Young People Awards for his role in supporting and championing young vulnerable people in the city.

Here, Abdul talks of his time as Derby’s Youth Mayor, and his award win:

“Right from the beginning of my journey as the Youth Mayor, I had so much support from both, young people and professionals alike. This enhanced my determination to strive for positive changes.

“During my term as Youth Mayor I sought to highlight underrepresented issues, people and unspoken topics. In particular, I looked at factors impacting social mobility, policing, the environment and mental health.

“Attending and speaking at a variety of conferences, the message I pushed throughout it all was 'Talk WITH young people, not ABOUT young people.' We deserve to be a part of every conversation.

“It has been amazing to work with so many talented professionals as well as inspirational young people who are actively being a part of the change they want to see.

“Winning the National Children & Young People's Champion 2020 Award has been incredible. I didn't expect it at all, and the amount of support I've received throughout the run up has been even more fantastic.

“It only takes a moment to ignite a spark inside someone, a spark of hope and a spark of belief - so thank you to all of those people who took a chance on me by giving me the opportunities and time to be able to speak and advocate.

“Moving forward, my message to organisations is to take youth-led approaches, just like Derby City Council has, to all sorts of work that you carry out - especially if your work involves working with young people. Allowing young people to have a seat at the decision-making table creates limitless opportunities but also provides a fresh different perspective.”