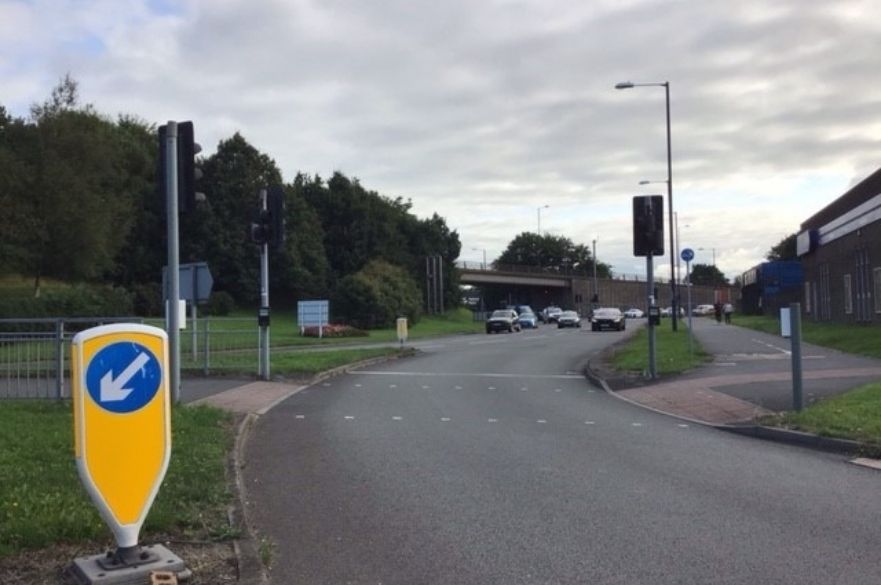 Traffic signals at Pentagon Island have been overhauled

As part of the Transforming Cities Fund project, traffic signals at Pentagon Island have been overhauled with smart, low voltage LED traffic lights and will be operational, on schedule, just before Christmas.

These new traffic signals will automatically prioritise busses using a new Urban Traffic Control System (UTC). On their approach to the junction, the bus will communicate, using a wireless system, to the traffic lights so that they turn green. It is expected that this new technology will become operational in Spring 2022.

Pedestrian and cycling crossings have also been improved to further encourage residents to take up active travel options when they can.

The aim of the Transforming Cities Fund Project is to improve sustainable means of transport across Derby and provide transport choices to reduce the dependency on the private car and improve the associated infrastructure. The refurbishment of the signalised crossings at the Pentagon Island meets the Council’s obligations under the Traffic Management Act 2004 to provide safe crossing points for cyclists and pedestrians, while also introducing smart technology to allow for automated bus priority.

“The key aim of the Transforming Cities Fund Project is to encourage residents to opt for sustainable transport methods like cycling or using public transport. These works are a key part of improving public transport journeys both in the city and to our neighbours in Nottingham.

I’m thrilled that despite some tricky ground conditions, our team have been able to deliver this key project on schedule encouraging more residents and visitors to make climate-friendly choices about how they travel.”

The improvement scheme forms part of the £161m joint bid with Nottingham City Council to the Department of Transport’s Transforming Cities Fund, which is aimed at improving connections between major employment sites and promoting active travel and public transport.