A tribute to Mick Peat 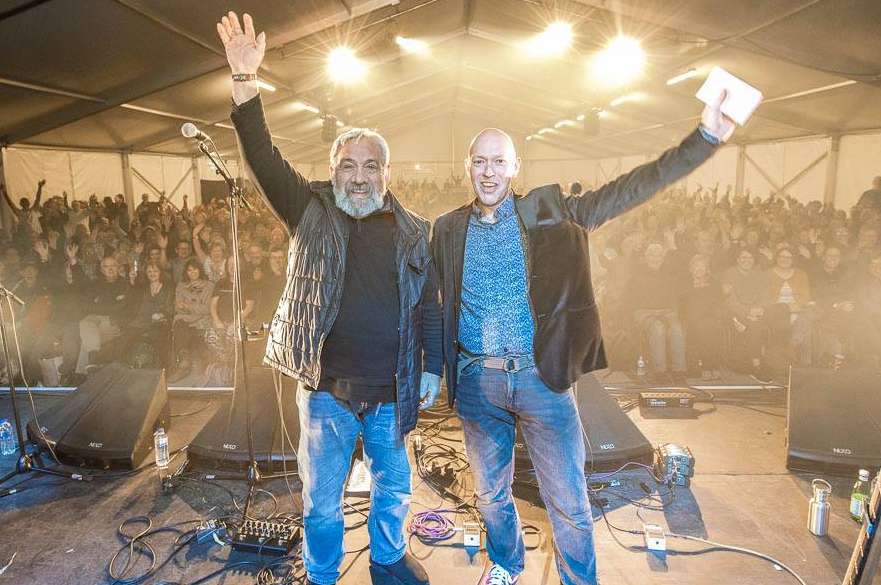 Derby has bid goodnight to local folk legend Mick Peat, who has died at the age of 80. His work as a musician and promoter for more than 30 years, including as co-director of Derby Folk Festival, helped to establish the city on the national folk scene.

For those in Derby who worked with him on events, he was so much more. He was a true friend of the city who treated everyone with kindness and brought out the best in them. Everyone at Derby LIVE is deeply saddened by his passing and we would like to extend our condolences to his family, friends, and the wider arts and folk community.

Mick had already been promoting shows at the Assembly Rooms, Darwin Suite and Guildhall Theatre for many years before becoming involved with Derby Folk Festival. He brought an incredible list of renowned musicians to the city’s venues, from Ralph McTell to Barbara Dickson, to Bellowhead. On the night of the Assembly Rooms fire, he was due to stage a concert by the Steve Tilston Trio in the Darwin Suite.

A well-loved figure, he had time for everyone who worked on the events he brought to Derby. He would also call in to say hello whenever he was passing by, in particular into the Guildhall Theatre when was on his way for a haircut at his favourite barber’s in the Market Hall.

Mick had time for everyone. Whether it was the artists that he treated as personal friends, and many were, and members of the technical team, front of house, backstage and office staff, he always had time for a friendly chat and a heartfelt smile.

You always knew when Mick had arrived in the building, not just because of his booming bass tones, but because word soon spread, and with it a joyous pre-cursor to the fantastic concert that would shortly follow.  He’ll be hugely missed, completely irreplaceable, and always held in the highest of regards.

A Derby Folk Festival tradition is to end the final concert with an impromptu rendition of Rolling Home, by festival patron John Tams. Although the 2020 festival went ahead as a Derby Folk Festival at Home, a series of online performances, Mick Peat featured in a socially-distanced performance of the much-loved song, filmed beneath the Guildhall arches by Derby LIVE’s technical team.

Tributes have poured in - here’s a couple: ‘He was the compo that held it all together - the Master Builder.’ ‘What are we going to do now?'

Mick was a musician, a troubadour, a shining example of someone who gave and gave to his community, time and time again. It seemed as though sharing the folk music that he loved was vocational, and we are all so grateful for the love and passion he poured into our beloved scene. 'Bit of legend' doesn't really do him justice. He is already so sorely missed and will forever be.

The contribution that Mick Peat has made to the arts and music scene in Derby cannot be underestimated – he really helped to put the city on the Folk Music map. We will be forever grateful to him.