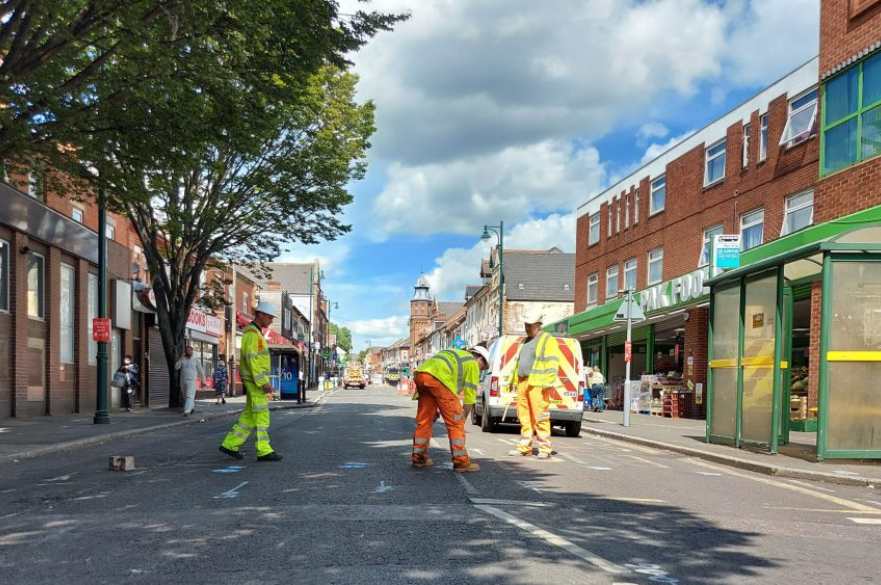 In March 2020, Derby City Council Cabinet approved £9m additional funding to invest in city highways to be spent over two years. As year one comes to an end, we’re taking a look back at what has been achieved so far and what is planned for 2021/22.

To date, around 20 miles of roads in the city have been resurfaced including major routes like:

A number of smaller projects have been completed by our in-house team thanks to new, state-of-the-art equipment purchased as part of the investment. One piece of equipment, a Multi-hog named Hogzilla has been helping not just with resurfacing roads but has also played a key role during cold weather.

During the exceptional snowfall in early February, Hogzilla was seen out and about in the city centre, ploughing snow and spraying a specialist de-icing solution to keep footways ice free for key workers and those making essential journeys.

Looking forward, Council Cabinet will be asked to approve the spend for the remaining £6m of the total £9m investment at their meeting on Wednesday 10 March.

If approved, residents will see other major routes such as sections of London Road resurfaced. In addition, improvements to critical infrastructure beneath the road surface will take place to help reduce and prevent surface flooding during wet weather.

However, the investment isn’t just about repairing roads and footways, it’s also about taking action now to prevent deterioration of these valuable assets into the future.

A programme of upcoming works will be available for residents to view on our website and on this page.

A huge amount of work has taken place so far and the positive impacts of the investment are clear to see.

We know that having well maintained roads is so important to our residents and our roads are a very valuable asset for the city and so, it’s only right that we properly invest in them.
There is a really ambitious plan of work for the year ahead that means we’ll be doing the right work at the right time to safeguard our roads and footways well into the future. In some cases, that means completely resurfacing an area, in other cases it’s about taking preventative action to stop us having to repeatedly patch an area which ultimately causes more disruption and costs more too.