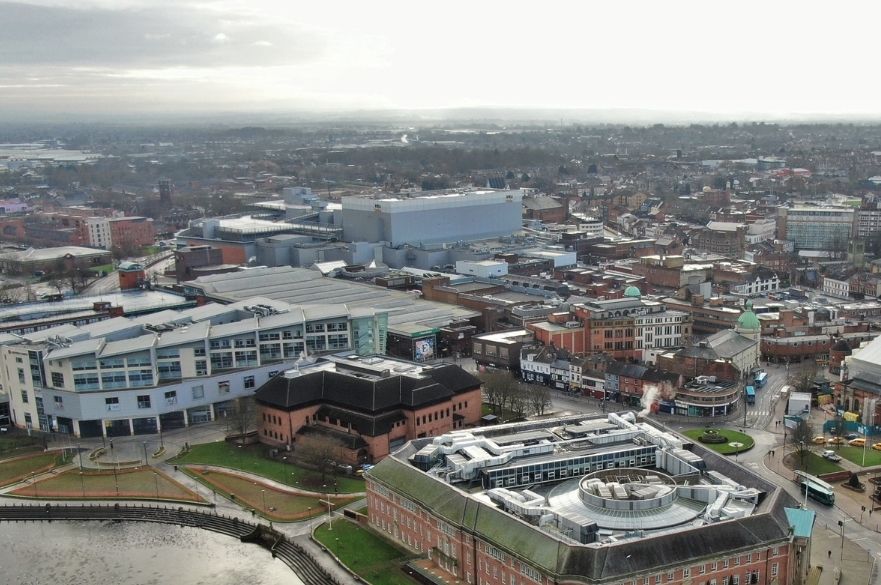 After previously receiving a provisional award, the Government has now confirmed that both projects will receive the grant.

It has been a tough time for the high street but this is another step forward in delivering Derby’s recovery plan. Transforming the Market Hall and creating the Eastern Gateway will attract more people onto the high streets and diversify our economy. This huge investment in Derby shows the confidence in us to build back better.

The Future High Streets Fund is aimed at helping renew and reshape town centres and high streets across the country.

Derby’s funding will be invested in transforming the Market Hall into an attractive, flexible retail and leisure destination and to create a new gateway to the city centre.

The Eastern Gateway will transform the entrance to the Eagle Market, creating a welcoming arrival from the bus station. Public realm improvements will be undertaken with remaining funds.

We're pleased that the government has secured the funding for Derby, as part of the Future High Street Fund. With 15 million people passing through the bus station and more than 21 million visiting Derbion each year, the proposed Eastern Gateway redevelopment will bring significant investment to this important area of the city. We look forward to working with all of the regional stakeholders on the next steps towards delivering this exciting project.