Get your dancing shoes on and get lost in the music 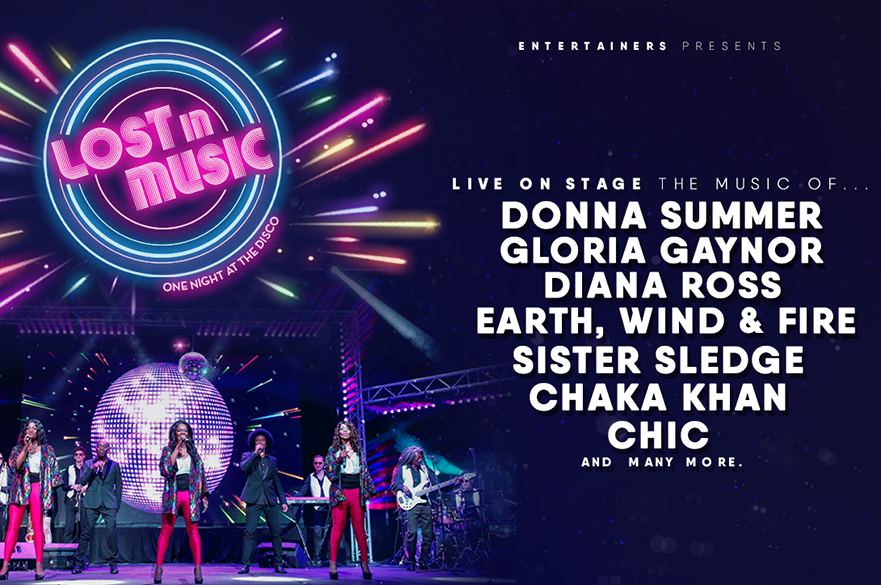 The night out of the year that you need more than ever, is back on tour!

The night out of the year that you need more than ever, is back on tour! Derby LIVE is delighted to announce that Lost In Music - One Night at the Disco will be boogieing on down to Derby Arena on Sat 24 Sep, 8pm.

Join Derby LIVE and Entertainers Ltd for a night to remember as they prepare to get lost in music as they recreate the flamboyant 70’s. This show will take you on a magical musical journey straight to the heart of Disco and is an artist tribute show unlike no other. Relive some of the greatest songs of all time from artists such as Donna Summer, Gloria Gaynor, Earth, Wind & Fire, Sister Sledge and Chic.

This show not only boasts a sensational live band, but also an incredibly talented cast and stunning vocals. It is sure to have you disco dancing in the aisles! So, come dressed to impress (flares and platforms are optional) and celebrate the golden age of Disco! With songs such as Never Can Say Goodbye, On The Radio, Hot Stuff, Car Wash, Boogie Wonderland and many, many more!

It’s the feel-good show of the year!